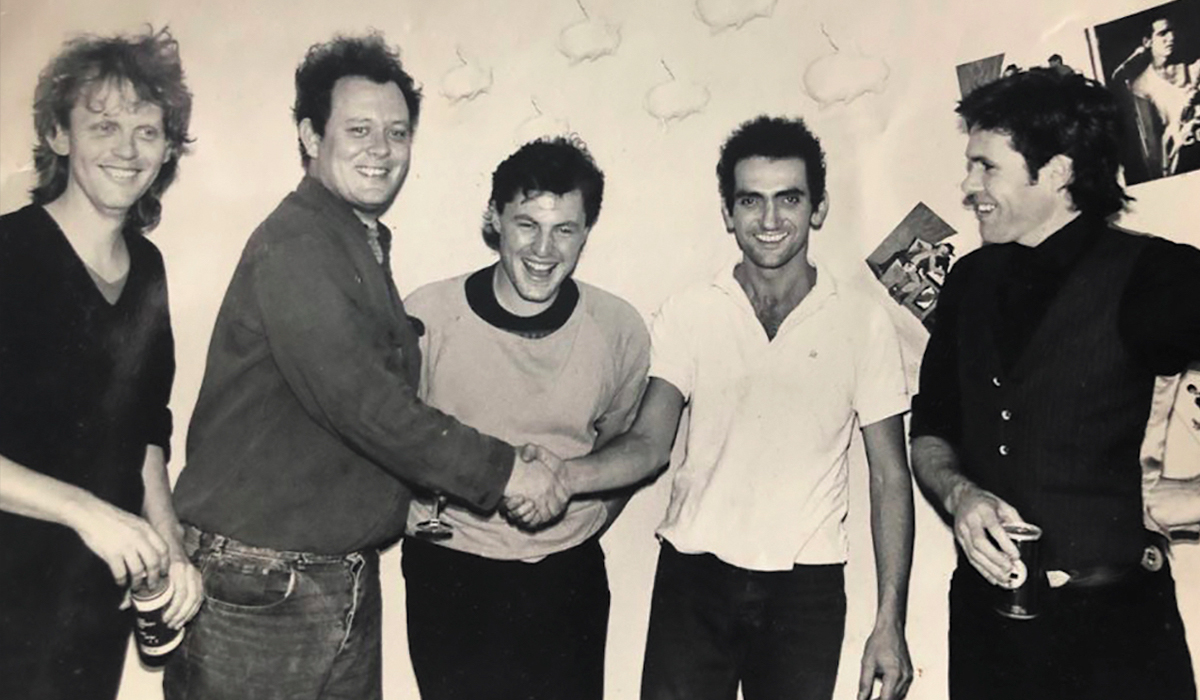 Paul Kelly was the first person now veteran music journalist Stuart Coupe ever interviewed. That was in ’76. Eight years later, the pair walked out of a pub together with Coupe Kelly’s new manager.

Coupe held the role up until the end of the eighties, riding with the band in its eighties rise to rock n roll glory – when songs like ‘To Her Door’ and ‘Before Too Long’ were blasting on radios everywhere – in bedrooms, pubs and on long road trips, in Australia and abroad. Kelly now carries 16 ARIAS and the devotion of thousands. For Coupe, who has never ceased following the journey of the Aussie icon, his voice is omnipresent, chronicling our times with his musical storytelling.

He’d been wanting to write a biography about him for a long time. In Paul Kelly, Coupe brings us a pastiched portrait of the singer and songwriter as refracted through the memories of hundreds of his friends, family, collaborators and bandmates – from Archie Roach and Kasey Chambers to Neil Finn and Courtney Barnett.

Before his livestreamed online author talk with Roaring Stories, we asked Coupe to share which Paul Kelly songs he’d pick if they were the only ones he could listen to for the rest of time.

“It will change by the time I finish typing this,” he admitted. But gave the following list:

Listen in to the playlist on Spotify.

Paul Kelly by Stuart Coupe was published in August 2020 by Hachette. Order a signed copy here.

Septuagenarian author and former ABC RN presenter talks about the sustaining power of a rich, rooted and playful inner life.

In How to Sell a Massacre, Peter Charley explains why hidden cameras and fake identities were necessary to his information-gathering investigation.