The launch will be live-streamed for free via the Roaring Stories Facebook page on 8 September from 7pm. Get event reminders here. 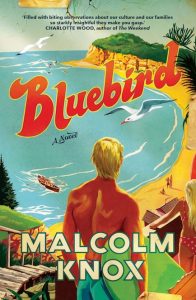 ABOUT THE BOOK
Gordon Grimes has become the accidental keeper of The Lodge – a dilapidated piece of prime real estate on Bluebird Beach. He lives here with his wife Kelly who is trying to leave him, their son Ben who will do anything to save him, his goddaughter Lou who is hiding from her own troubles, and Leonie, the family matriarch who has trapped them here for their own good. But Gordon has no money and is running out of time to conserve his homeland. His love for this way of life will drive him, and everyone around him, to increasingly desperate risks. In the end, what will it cost them to hang onto their past? Savage, funny, revelatory and brilliant, Bluebird exposes the hollowness of the stories told to glorify a dying culture and shows how those who seek to preserve these myths end up being crushed by them. 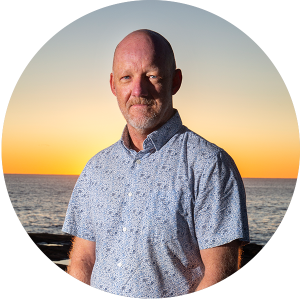 ABOUT MALCOLM KNOX
Malcolm Knox was born in 1966. He grew up in Sydney and studied in Sydney and Scotland. Malcolm is the former literary editor and award-winning cricket writer of the Sydney Morning Herald, where he broke the Norma Khouri story, for which he won one of his two Walkley Awards. His novels include A Private Man, winner of the Ned Kelly Award; Jamaica, which won the Colin Roderick Award; The Life; and most recently The Wonder Lover. His many non-fiction titles include The Greatest: The Players, the Moments, the Matches 1993-2008; The Captains: The Story Behind Australia’s Second Most Important Job; Boom: The Underground History of Australia, From Gold Rush to GFC, which won the 2013 Ashurst Business Literature Prize; and Bradman’s War, shortlisted in the 2013 Prime Minister’s Literary Awards. 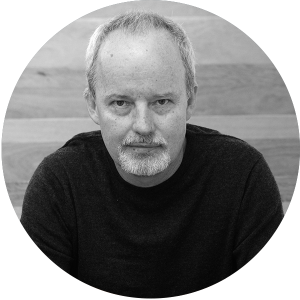 ABOUT MICHAEL ROBOTHAM
Before becoming a novelist, Michael Robotham was an investigative journalist working across America, Australia and Britain. As a journalist and writer he has investigated notorious cases such as the serial killer couple Fred and Rosemary West. He has worked with clinical and forensic psychologists as they helped police investigate complex, psychologically driven crimes. Michael’s 2004 debut thriller, The Suspect, sold more than 1 million copies around the world. It is the first of eight novels featuring clinical psychologist Joe O’Loughlin, who faces his own increasing battle with a potentially debilitating disease. Michael has also written four standalone thrillers. In 2015 he won the UK’s prestigious Crime Writers’ Association Gold Dagger Award with his standalone thriller Life or Death.

Michael’s latest work, When She Was Good, is available at Roaring Stories.