With his wit, vigour, penetrating gaze and cutting style, Don Watson has infused the lifeblood of Australian writing. The acclaimed author of many books and a former speechwriter for Keating, Watson has now published a collection of his prolific output in Watsonia.

On November 23 from 7pm, Don Watson will be in conversation about the book with ABC journalist Eleanor Hall. The event will be live-streamed for free via the Roaring Stories Facebook page.

It will also be made available after the event as a recording, accessible via the Roaring Stories YouTube channel. 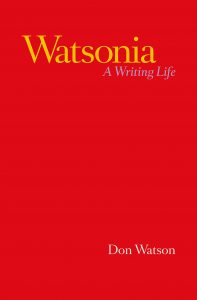 Watsonia gathers the fruits of a writing life. It covers everything from Australian humour to America gone berserk; from Don Bradman to Oscar Wilde; from birds and horses to history and politics. Wherever Don Watson turns his incisive gaze, the results are as illuminating as they are enjoyable. Watsonia displays the many sides of Don Watson: historian, speechwriter, social critic, humourist, biographer and lover of nature and sports. Replete with wit, wisdom and diverse pleasures, this comprehensive collection includes a wide-ranging introduction by the author and several previously unpublished pieces. No other writer has journeyed further into the soul of Australia and returned to tell the tale. Read more. 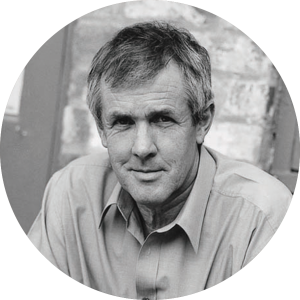 Don Watson is one of Australia’s most acclaimed writers and thinkers. He is an award-winning author, a former speechwriter, a historian and a satirist. His many books include Caledonia Australis, Recollections of a Bleeding Heart: A Portrait of Paul Keating PM, Death Sentence: The Decay of Public Language, American Journeys and The Bush. In 2010 he was awarded the Philip Hodgins Memorial Medal for Excellence in Literature. 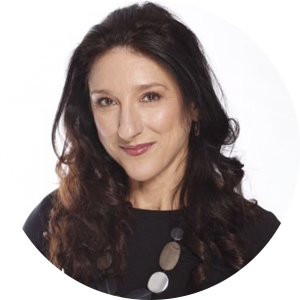 Eleanor Hall became a full-time student at the National Art School this year. But for more than a decade she was the voice of ABC Radio Current Affairs at lunchtime as the host of The World Today. She has reported for ABC radio and television from across the world and around Australia, including on 7.30, The Drum, Lateline, and Foreign Correspondent. She was the ABC’s Washington correspondent in the late 1990s and she worked for five years in the Canberra parliamentary press gallery. Prior to joining the ABC, Eleanor freelanced for US National Public Radio from Central America and worked at WGBH in Boston as the youngest ever recipient of the Harkness Fellowship. She earned her Masters in Journalism from Columbia University in New York, and has been a fellow at Stanford’s Hoover Institution and at Oxford University’s Reuters Institute where she submitted a paper on the Obama e-campaign. She is a founding committee member of the girls education charity, Women for Change.