In this long-awaited and explosive work, multi-award-winning journalist Marian Wilkinson gives the inside story of how a network of influential climate sceptics, politicians and business leaders fought to control Australia’s response to the climate crisis.

At a Roaring Stories event, Wilkinson will reveal how she tracked down the carbon club and uncovered its motives, alliances and key players; and what this pro-coal confederacy means for present and future generations.

There are 20 seats available to see Wilkinson live in conversation at the Royal Oak Hotel Balmain on Monday 21 September, 7pm. To win a FREE ticket, make sure you’ve signed up to the Roaring Stories newsletter by 14 September to enter the subscriber-only competition.

The conversation will be simultaneously live-streamed for free via Roaring Stories Facebook page. 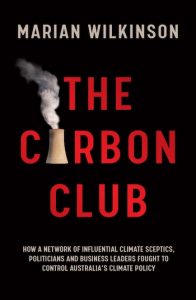 As the climate crisis threatens more extreme bushfire seasons, droughts and floods, many Australians are demanding their leaders answer the question: ‘Why didn’t you do something?’ The Carbon Club reveals the truth behind Australia’s two decades of climate inaction. It’s the story of how a loose confederation of influential climate-science sceptics, politicians and business leaders sought to control Australia’s response to the climate crisis. Central to their strategy was an international campaign to undermine climate science and the urgency of the climate crisis. The sustained success of the carbon club over two decades explains why Australian governments failed to deal with the challenge of climate change. But at what cost to us and the next generation? One of Australia’s most respected investigative journalists, Marian Wilkinson has tracked the rise and rise of Australia’s carbon club in brilliant detail, with extraordinary access to key players on all sides. The result is a book that is both essential and disturbing reading.

Order a signed copy of The Carbon Club. 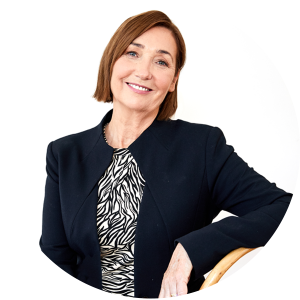 Marian Wilkinson is a multi-award-winning journalist with a career that has spanned radio, television and print. She has covered politics, national security, refugee issues and climate change as well as serving as a foreign correspondent in Washington, DC for the Sydney Morning Herald and The Age. She was a deputy editor of the Sydney Morning Herald, executive producer of the ABC’s Four Corners program and a senior reporter with Four Corners. As environment editor for the Sydney Morning Herald, she reported on the rapid melt of Arctic sea ice for a joint Four Corners –Sydney Morning Herald production that won a Walkley Award for journalism and the Australian Museum’s Eureka prize for environmental journalism. She also covered the UN climate conferences in Bali and Copenhagen. As a member of the International Consortium of Investigative Journalists (ICIJ), she reported on the Panama Papers and the Paradise Papers for Four Corners. She has written several books, including the political biography The Fixer, on former Labor powerbroker Graham Richardson, and Dark Victory, on Australia’s response to asylum seekers, which she co-authored with David Marr. In 2018 she was inducted into the Australian Media Hall of Fame. 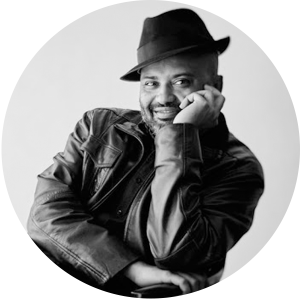 Sunil Badami is a writer, performer, broadcaster and Sydneysider. His work has appeared in publications in Australia and abroad, including Meanjin, Southerly, Island, Seizure, Best Australian Stories and Best Australian Essays.