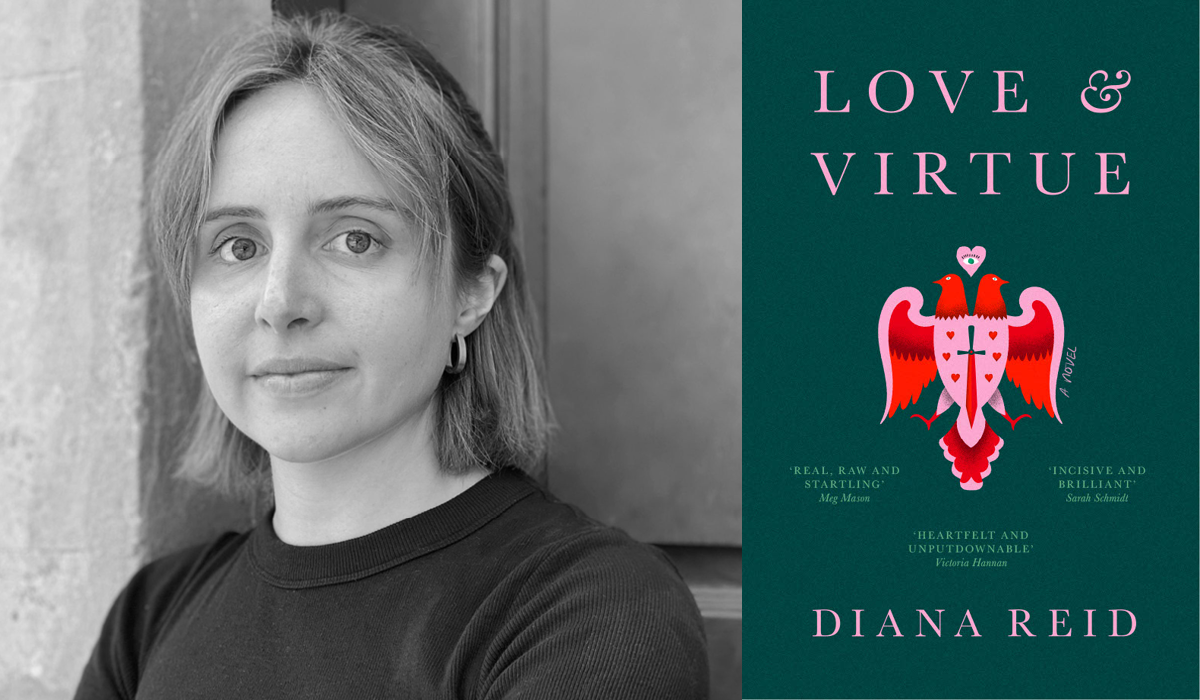 ‘Everyone is so sure what they think’: Diana Reid has written the new Australian campus novel

Twitter brainstrust responded, as it indefatigably will. Brian Castro’s Street to Street (2012) was offered, along with Helen Garner’s The First Stone (1995) and Emily Maguire’s recent Love Objects, published this year. Soon, however, the thread began to seem threadbare. It buckled with a newly suspected lack. Novels were being proffered that had characters occasionally interacting on campus. Someone suggested a film. ‘Covid brain’ was not, it seemed, the cause of Menzies-Pike drawing a blank.

Where was the big-market modern campus novel that is so popular overseas? Where is that book which takes as its locus that strange, contested and increasingly politicised space in which progress and tradition clash, cultures make battle, high-minded thought and peak recklessness roil, truth is tested, and ideas foment? Where is that novel which has characters in the nation’s young and future powerful messing up, having sex, getting drunk and forging their adult identities in the crucible of college life?

It may have arrived.

Love & Virtue is the commanding debut of recent Sydney University Law/Philosophy graduate Diana Reid, written over five months in 2020. Set on a Sydney college campus, it is a bold, riveting and acutely unsettling story, set to gas mark ‘zeitgeist’, which tests if the interplay of power in consent – and other kinds of sexual and gender relations – could be far ‘messier’ than our combative discourse often gives room to reflect.

What does it mean, when someone with good intentions claims ownership of another’s experience for the ‘greater good’ of social change? What collateral damage ‘counts’ on this abacus? Is it weakness or even a kind of betrayal if a woman doesn’t name what happened to her ‘rape’ when her more ‘woke’ peers do? Where is the line between female sexual liberation and playing into a new, subtler, patriarchal script of exploitation?

A university’s hallowed grounds of higher thought are the same place where countless women have been excluded, belittled, raped, even murdered. Sexist hazing rituals are still championed today, and old power structures asserted. Changes to these structures are by no means uncomplicated or unflawed, and the elitism of these antechambers to the corridors of power is a fact barely addressed by these institutions.

Reid cuts her sharp eye over all of this. At the same time, her book hints at validating that feeling which is almost taboo right now: uncertainty.

“Internet culture and online activism creates an environment where things are often expressed in really black and white terms,” Reid says, speaking to me on the phone a month before the book’s release. “I get stressed sometimes, doom-scrolling. Everyone is so sure of what they think. It can seem like there isn’t a place in public for people to put up their hand and go, ‘I’m kind of ambivalent.’ And that’s fine – that’s not what those forums are for. But literature is a good place for people to go, ‘actually, I’m not sure what I think’ – and that’s human.”

Reconciling herself with ambivalence is one of those cursed gifts from her years studying philosophy. Certainties rarely survive such a drubbing.

“I would go into every subject and start off being quite sure of what was right and wrong,” says Reid. “But the more I read and the more I was exposed to different opinions, I would get to the end and throw my hands up and go, well, that was so much less clear than it was at the start.

“That’s the journey I wanted the reader to go on in Love & Virtue. I wanted to present them with situations that were even clichéd, like a teacher-student affair, a drunken one-night stand, a toxic female friendship, and then show them more complexities.”

As Professor Rosen (the teacher in that affair) says in the book: “Sometimes you have to give people the cliché they want.”

If Reid’s story is a hypothetical mapping of grey areas over familiar territories, then at the murky centre of this map is Eve. A precociously intelligent, effortlessly beautiful and completely self-possessed young white woman of wealth, Eve is an intimidating presence on campus. The reader knows from the opening pages she will become an intimidating and successful woman in later years, too – in fact, a kind of celebrity feminist. The subsequent chapters reveal how.

For reasons at first opaque, Eve befriends – or perhaps ‘adopts’ is the better word – our narrator, Michaela, who is her neighbour in an all-female college dorm. Both hold a scholarship – but it’s only Michaela who depended on it for placement. They’re also in the same first-year Philosophy class, taught by the casually charismatic Professor Rosen, who specialises in the area of ‘Love’. A tense if masked rivalry grows between the two women, developing into something like obsession, even as their paths diverge. It’s when a male student dies that the first toxic bubble pops between them, and we begin to realise what Eve is capable of.

The momentum and sense of dread builds inexorably, and moves the reader towards what we assume will be an explosive standoff between these and other characters. When this hour of conflict arrives, it seems inevitable that truth will fall, justice will be served and tensions defused. But instead of a catharsis through righteous confrontation, the most important revelations of the book blindside us from unexpected corners. The standoff doesn’t happen, truth doesn’t prevail. Nothing is ever satisfyingly resolved.

Which makes for an richly agonising read, and a highly thought-provoking one. The standout fiction release on new publisher Ultimo Press’ first list, the ideas in Love & Virtue are ripe for internal debate among individual readers, and for civic discussion too. (Book clubs: get on it.)

For Reid, who had primarily been working on assignments and essays over her six years as a student, writing the book released a valve she didn’t realise was inside her.

“I was at uni for a long time,” she says. “While I didn’t plan to write a novel, when I began there were a lot of latent observations and impressions that poured out.”

What makes the novel all the more compelling is that it reads as entirely credible. So many of the characters and scenes I half-recognised from my own university days. In truth, this at times made me feel queasy. Never enough to put the book down though, not for a second.

If it hadn’t been for COVID, I might have never picked it up. Before starting her career at a law firm, Reid was intending to use her gap year to go to Edinburgh Fringe for a play she co-wrote called 1984! The Musical!. When those plans got scuppered, and with no job, no family and no study to keep her occupied, she began another project.

“I genuinely didn’t expect it to be published,” admits Reid. “I was writing it just for something to do. I think there’s a kind of freedom that comes from not expecting that anyone will ever read it.”

Love & Virtue by Diana Reid was published in September 2020 by Ultimo Press. To order a copy from Roaring Stories, get in touch.