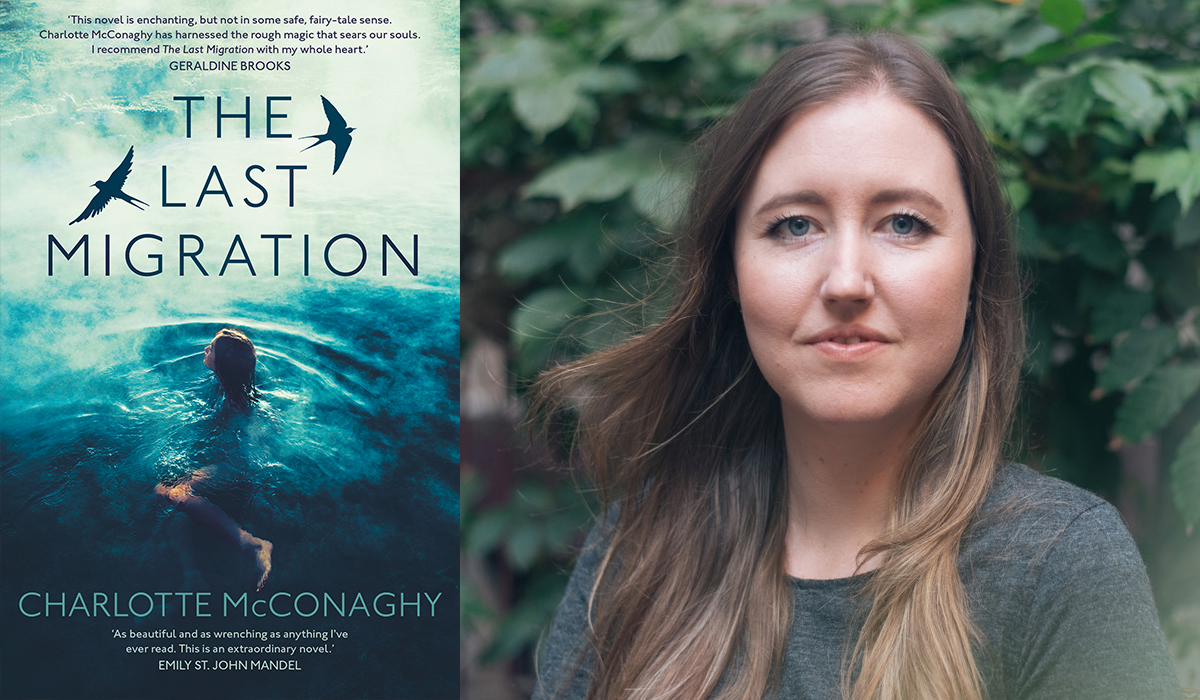 The world of Charlotte McConaghy’s new speculative fiction novel feels all too foreseeable. In The Last Migration, mankind has at last squandered, misused and divested nature to such an extent, that the Anthropocene extinction – an event which we are currently in – has delivered a near-fatal blow to biodiversity worldwide. Skies are absent of the wheeling of birds, seas are emptied of fish, and the lands grow quiet of non-industrial noise. At one point in the book, the protagonist Franny receives a phone call from her husband: the humble crow has become extinct.

In an act which seems self-evidently futile, Franny decides to follow the final passage of the critically endangered Arctic tern, which travels unimaginable miles each year between the two poles. Though by now the sworn enemies of conservationists like herself, Franny offers a deal with a rag-tag fishing crew to give her passage to the tern’s final berth. Together, they brave boiling seas, on-shore hostilities and their own mutual distrust. All that holds them together is their joined faith in a pair of distant white wings.

As ship chases bird into a harsh, glittering south, the reader is drawn back in eddies; little passages that disclose fragments of Franny’s former life, before she began her epic quest. We come to realise just how adrift she has always been, and to fear what exactly she seeks at the end of the journey. An Irish-born orphan, she is cursed by a restlessness that even love can’t bind down.

A glimmering, aching work, The Last Migration is a dazzling achievement from a young Australian writer. McConaghy’s debut literary novel, a magical leap from her works of young adult fantasy, it resists elegy and claims hope through the motifs of wandering, the burden of fate and reconciliation with what cannot be undone. We spoke to McConaghy on the alchemy of this Penguin Random House release (and discovered that it coincides with the completion of her follow-up book, due to hit shelves next year).

Was there any event (or series of events) that sparked The Last Migration into life?

The Last Migration is a novel that came in so many different pieces from all kinds of directions that it’s really difficult for me to identify what the first little nugget was. I think it’s a book that in some ways has lived in me for a long time, maybe always. But I know I became conscious of a lot of the pieces when I went travelling around the UK, I wanted to explore Ireland and get to know the land my ancestors were from as I’ve always had a fascination for it. So that became the homeland of my protagonist Franny.

I also went to Iceland, an extraordinary place, and saw the beautiful greylag geese, which got me thinking about migratory birds and the incredible journeys they take, and the type of people that study these birds. And when I learned about the Arctic terns, and how they have the longest migration of any animal, flying from the Arctic to the Antarctic and back again in one year, they became a kind of metaphor for courage in my mind, and I think that’s how the story of an ornithologist who decides to follow these from one end of the earth to the other came about.

In your book, we see a world barren of biodiversity. Do you believe this is a world we can avoid? How hopeful are you that humankind can change its default behaviours of selfishness, greed and unconcern?

We live now in a world that’s saturated by bad news. We hear about it every day, the next beautiful creature has become endangered or extinct because we’ve cut down too many forests or because the sea levels are rising or the temperatures too high. It’s a grim time. And it’s so easy to become overwhelmed, to despair, and to become apathetic in the face of it. It’s too big and we’re too small, and how can we possibly stand up against it. Especially if the people in charge of us don’t seem to care, or are even helping to speed the process along.

But that’s what I wanted to say with this book. Yes it depicts a bleak possible future. But we’re not there yet. This is a book about hope. Franny is a woman who is symbolic of humans in general. At the start of the book, she has lost all hope. She’s embraced self-destruction. She’s given up. But throughout the course of this journey, against impossible odds, she manages to reclaim her hope. She is able to see the beauty that still remains in the world. And she finds the courage to fight for it.

That’s what I really hope that readers take away. Not that we’re a destructive species – we’re destructive when we lose hope. We are capable of being selfish and greedy; we have been those things historically. But we also have the power to be nurturing, to preserve, to grow, to protect. We see this every day in those little intimate moments, the kindness and generosity that lives in us. That’s the real stuff. It’s our responsibility to fuel those things, to think about ways we can make our impact on this planet a positive one, to be brave enough to take up the fight we haven’t yet lost. Let’s make those small changes to our daily lives because they all add up to big change. There’s power in hope, because it gives us energy, and that’s how we’re going to win this.

There are a lot of gaps and omissions in The Last Migration – places where you could have filled the story in with more detail, but chose not to. For instance, the reader knows very little about Franny’s time in prison, and even her years with her husband Niall are disclosed in snatches. Are there versions of the book you wrote where these gaps were filled in? If not, do you ‘know’ what happens to your characters in these gaps, or are these passages of time also obscured for you?

That’s a really interesting question! Aside from a couple of scenes here or there that I wrote and then cut out of the finished draft, the book as you read it is what I wrote, and what I intended the readers to know. I definitely had a sense of what was happening in those gaps, but in a broader sense, without any great detail. Ultimately I just wrote the pieces I was interested in – the moments of change or learning – and left out anything I wasn’t.

You could say those passages of time were a little obscured for me too. I actually really like the idea that the characters have lives of their own off the page and that readers’ imaginations can fill these gaps in any way they’d like. I often felt that this was true when I was writing, particularly of Franny, who really guided me through the story as though I was just an observer.

The Last Migration by Charlotte McConaghy was published in August 2020 by Penguin Random House. Signed copies are available at Roaring Stories. Read more about the book here.