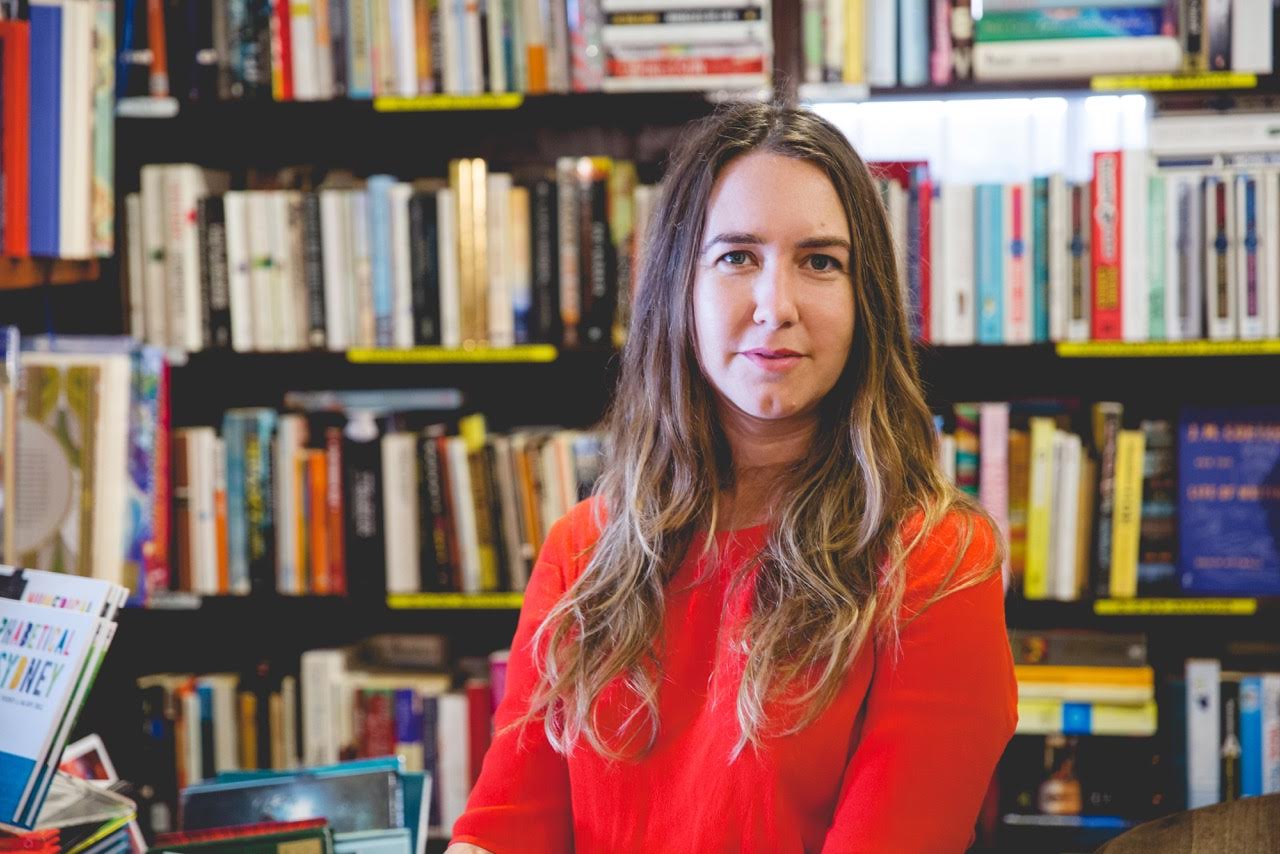 If you’ve intermingled with Australia’s literary community in the last decade or so, there’s a good chance you will have heard the name Jemma Birrell. Former Artistic Director of the Sydney Writers’ Festival, host of The Secret Life of Writers podcast, and regular guest and speaker at book-related events (including the Roaring Stories book launch of Mothertongues!), her career has been based around a passion for books. For seven years, she even led events at the world famous Shakespeare and Co bookstore in Paris. Today, Birrell is Creative Director at Tablo, a uniquely structured self-publishing platform, and runs its newly launched literary imprint Tablo Tales. Launched in 2021, Tablo Tales publishes a select few exquisite works by writers from all around the world, with its first series dedicated to hardcover works by women authors including Leanne Shapton and Ali Cobby Eckermann.

We had the pleasure of speaking with Birrell on how Tablo Tales came about, and what the future holds for this small yet delightfully adventurous Australian-based press.

Tablo Tales launched only midway through last year, as a literary imprint of Tablo Publishing. Had the idea of this imprint been germinating for a while, or was it somehow compelled to life by recent conditions in the literary publishing landscape?

I’ve always dreamed of publishing books and after I came back from maternity leave a few years ago, I started speaking with Ash, the founder of Tablo, about publishing a curated list. It just seemed to make sense to launch a literary imprint, building on my relationships with the writers and people I’ve worked with over the last twenty years across festivals, bookshops and publishing.

At the time the bushfires were sweeping through Australia and we’d initially thought of doing some books for charity (Claire Messud, who has close ties to Australia, generously chose to donate her profits to WIRES), though over Covid the idea morphed into a short book series featuring great women writers from around the world. I thought it was important to launch with a framework as I’ve seen the way series can help draw people in, and I love the short form too – when I lived in France really admired the way there were more innovative, unclassifiable short books (though I’m also inspired by publishers like Melville Press with their novella series). Of course short books are a harder sell in our market but I do believe they can find more readers.

Our fledgling imprint is a work in progress and we’re learning new things every day. We’re passionate about publishing books of beauty and substance, and it’s been thrilling (and challenging!) imagining how to bring new titles into the world.

Tablo is a self-publishing platform which offers its authors traditional representation. This is quite a unique model, but your organisation declares it to be ‘the future of our industry’. What lies behind this conviction?

Ash Davies, the wunderkind founder of Tablo, created the company to make self-publishing possible for everyone (and much easier), offering authors the ability to format their writing into a book, publish, print on demand and distribute worldwide. Publishing is a traditional industry that’s pretty set in its ways – and that’s partly why it works – but we also think there’s room to make it more accessible which is what Tablo is doing. Tablo is also the only self-publisher (from what we can see) who also has a separate curated literary imprint, Tablo Tales, that uses traditional methods, so the best of both worlds!

The first imprint series publishes books in hardcover by women writers from around the world. Does this publishing decision derive from feminist principles, or a view towards the way publishing can often tilt in favour of male writers?

From the start it was important the series was united by a strong, feminist concept – short books by great women writers from around the world. I find I also read more female writers so there was that too, though I’m looking forward to publishing longer books and books also by men in the future.

Did you know immediately which women writers you wanted to approach to feature in this first series? What makes a certain author a match for Tablo Tales?

I’ve approached writers I admire – and after that it’s hard to pin down but I do think there’s a particular aesthetic. I am drawn to writers who see things differently, who write the world with curiosity, bring a depth of vision, and are not afraid to do things unconventionally. I’ve been working with established authors but am also open to new writers if the work is the right fit.

Your three books published so far are a curated selection of iPhone notes taken from a Parisian bus by Lauren Elkin, a short fiction by American novelist Claire Messud set in Sydney, and ‘a visual essay and poem’ which features page after page of Leanne Shapton’s watercolour renderings of Princess Diana getting out of cars. Quite an adventurous range! Can we look forward to more works which play with the literary form?

I am beside myself with anticipation about the next book we are publishing by Ali Cobby Eckermann. It’s a new verse novel, the first book she has published in ten years, which will come out towards the end of the year – each time I reread it I’m moved, shaken, devastated, uplifted, changed. Her writing is unlike anything else and soars.

I notice all of these authors are from or based in North America – will this and future series feature writers from elsewhere?

Absolutely. Funnily enough I see the authors we’ve published so far as having mixed identities that you can’t pin down to one place: Leanne Shapton is a Canadian writer and artist living in New York; Claire Messud lives in America but has Canadian, French and Algerian heritage (she also lived in Sydney as a child); and Lauren Elkin is an American who called Paris home for many years (and is now based in London).

Those terms are deliberately pretty open: ‘essential’, ‘modern’ fiction or non-fiction titles – works that I believe more people should read, that should have a new lease on life, and be discovered by new generations (anyone reading this please suggest your beloved books that are no longer in print). I’m looking for books that are timeless too.

The series is united in an aesthetic by covers designed by Alissa Dinallo. How did you come across Dinallo as an artist, and what is it about her art which captures the Tablo Tales identity?

Alissa is one of Australia’s finest cover designers, she has a beautiful, delicate yet also strong aesthetic (both literary and commercial) that somehow cuts through the market that can often have trends or be too same-ish. There’s a cohesive skein between the covers (Alissa designed the first two by Messud and Elkin and is currently working on Eckermann’s new book. Though being an artist herself, Leanne designed her own cover and interior for In Cars with designer Lisa Naftolin).