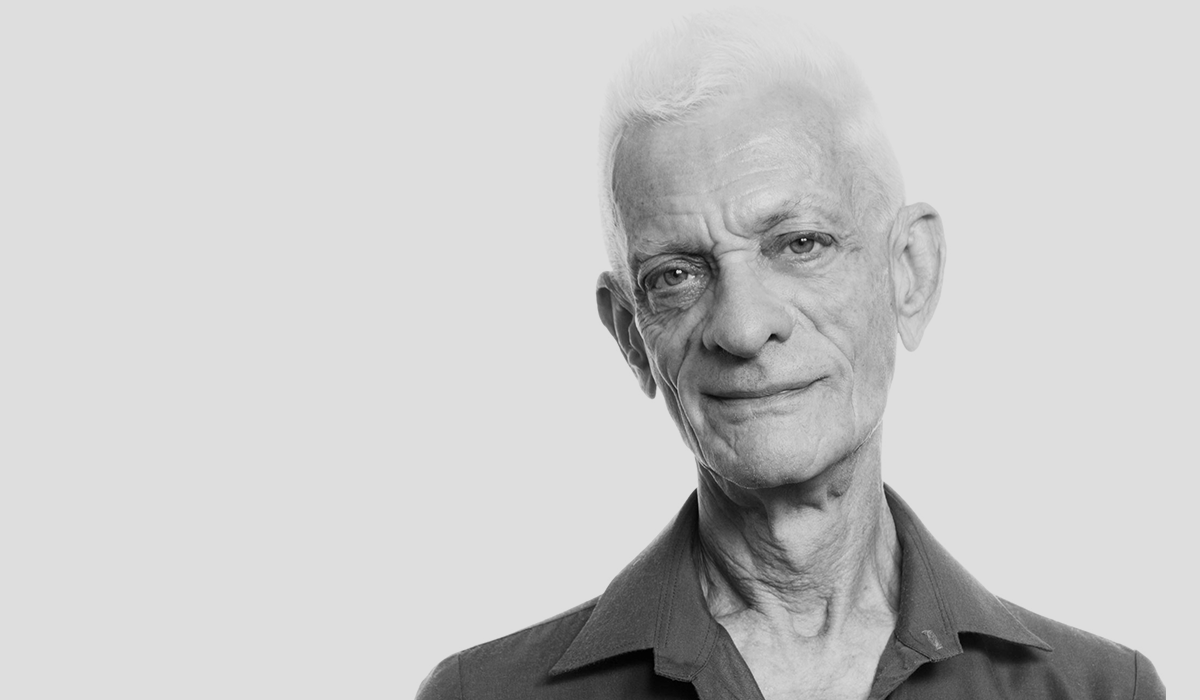 “If you want to do mud baths and Tibetan drumming, go for it, but it probably won’t help much,” says Robert Dessaix, emailing me from his home in Tasmania. He has a way of bursting humbug; it brings about the same kind of pleasure as crunching a crisp brown leaf underfoot. Now in his seventies, the well-known author, intellect and former ABC RN presenter has released a book on ageing well called The Time of Our Lives.

“One wants to put one’s best foot forward, of course, while ineluctably sagging,” he adds. “But I don’t think a Jane Fonda face is the way to do that.”

Indeed, his book hardly seems suited to the ‘Health & Wellness’ section of a catalogue. Dessaix does not recommend a daily crossword, or meditation, or regular exercise, or any of the other low-bar woo-woo hacks the anxiously ageing will find top-listed in a self-help Google search. In fact, he begins the book by reflecting on his mild perturbation at the sight of middle-aged guests determinedly gyrating to a dance class in the middle of a Balinese hotel pavilion. He also has no truck with the ‘never give up’ mantra: “Give up if you think it’s time. Why not? Life is not a martial arts class.”

Far more interesting than a health manual, what Dessaix has given us in The Time of Our Lives is a spry, reflective, deeply personal and richly digressive essayistic sojourn through the idea and actualities of ageing – by way of Ramayana dance, Russian literature, André Gide, Fellini’s 8½, the London Art Gallery, Torajan corpse-airing practices and Jane Fonda (to name a few). Ageing is often framed as a rather morbid subject, but Dessaix does not meet it with despair, he dances with it – often playfully, always openly and with typical elan. While at the pointier end of a lifespan, getting old is not the end, after all. That comes after.

It very much annoys him, too, the way western society writes off the elderly as ‘non-productive’ are therefore useless. “The most outrageous piece of lunacy is the idea (spruiked by certain politicians) that the value of an individual life diminishes with age,” Dessaix tells me.

His book takes a meandering path, through the grief and joys of his present septuagenarian living. We join Dessaix in the lush garden of the home where his partner’s mother Rita lies in a white room and recedes from her pronoun. With him, we scale the stupas of Borobudur, appreciatively notice the tight shirts of young waiters, dip into Epicurean philosophy at a gay ballroom dance. And we delight in the free-wheeling, wry and enjoyably forthright series of conversations on ageing with Dessaix’s female friends which pattern the book, in which they talk sex, death, religion and sundry. It is in these lively exchanges that ageing well is played out, and some of the book’s richest meaning resides.

Affirms Dessaix, the book isn’t about how to avoid dementia, or how to become a wise and dignified elder. It “is about how my friends are blooming. There are strelitzias on the cover. That’s your clue.”

It is a refreshing, entertaining and singular read. He wrote it, as he usually does, “imagining I was conversing with a friend of mine, a woman I’ve known for thirty years,” he tells me. “She’s fond of me, but not uncritical (that’s vital)… The reader eavesdrops.”

In his approach to writing and through it, he unfolds the art to this late-stage blooming. The trick, he says, is to cultivate an abundant inner life – rooted in culture, multi-layered, and alive to inner and outer worlds. It is not something that experience passively lays down like strata on the soul, but a performative, ongoing and creative act: something “that happens when we open up to what surrounds us and then dance it, speak it, write it, sing it, love it”.

Which is all very well. But oozing existential dread since I hit puberty, and having recently undergone my own quarter-life crisis (dying my tresses half-pink, removing all other hair follicles through laser, impulse-purchasing pricey anti-ageing serums), I wonder if it is ever ‘too late’ to begin working on that rich inner life. Am I doomed to a senescence which is thin and textureless, I wonder; will I one day reach inside and find nothing left to remark on but hip pains and the weather? At twenty-eight, is there time for me yet? My stench of premature desperation wafts pungent.

“I would hesitate to mention a number,” Dessaix replies. “As we age, many of us recognise that it’s simply too late for all sorts of things (to say goodbye properly to a loved one, learn Greek, clean out the garage).

“All I can say is the earlier you start to shape an inner life – to configure all the shards that make it up into an animated performance – the better, the more deeply rooted it will be (in several cultures, if you’ve been adventurous enough), the more supple and open-ended.”

And even if many decades have passed, “start today. Think about what could form the core (something fecund – music, the sea, India, gardens, friendship) and flesh it out every day.”

While most of us are scared witless about getting old, being old isn’t always so wretched, says Dessaix (unless you happen to find yourself in one of the aged care homes brought into the Royal Commission’s horrorshow, I suppose). “There are few consolations to being old old,” he says, “but some things actually get better as the years go by.

“Many older people say they are actually more content now than they’ve ever been. Not happier perhaps, not jumping for joy, but more pleasurably at peace with themselves and the world. Clock-time loses its tyranny, friendships blossom (if tended), play becomes guiltless, one feels oddly freer than ever before to think what you like – and even say what you think (although in our rigidly pious epoch that can cause alarm).

“If you have a deeply rooted, well-watered inner life, this is the time for you to flower. This is fulfillment.”

The Time of Our Lives by Robert Dessaix was published by Brio Books in September 2020. Copies are available at Roaring Stories Bookshop.