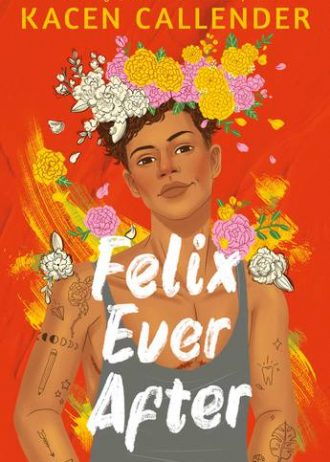 From award-winning author Kacen Callender comes a revelatory YA novel about a transgender teen grappling with identity and self-discovery while falling in love for the first time.
Felix Love has never been in love – and, yes, he’s painfully aware of the irony. He desperately wants to know what it’s like and why it seems so easy for everyone but him to find someone. What’s worse is that, even though he is proud of his identity, Felix also secretly fears that he’s one marginalisation too many – Black, queer and transgender – to ever get his own happily-ever-after.
When an anonymous student begins sending him transphobic messages – after publicly posting Felix’s deadname alongside images of him before he transitioned – Felix comes up with a plan for revenge. What he didn’t count on: his catfish scenario landing him in a quasi-love triangle . . .
But as he navigates his complicated feelings, Felix begins a journey of questioning and self-discovery that helps redefine his most important relationship: how he feels about himself.
Felix Ever After is an honest and layered story about identity, falling in love, and recognising the love you deserve. 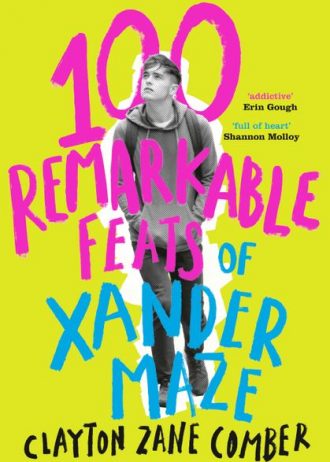 Xander Maze loves lists, and his grandmother is #1 on his list of People I Love Most in the World. But now that Nanna has stage 4 cancer, can a new list of 100 Remarkable Feats really save her?
Particularly when his list contains difficult things like #2 Make a Friend and #3 Make a Best Friend – plus #10 Kiss a Girl (preferably Ally Collins, the girl of Xander’s dreams).
Funny, moving and with a protagonist you can’t help but fall in love with, 100 Remarkable Feats of Xander Maze is a book about:
1. Never accepting the unacceptable
2. The power of lists
3. One boy’s unconditional love for his nanna 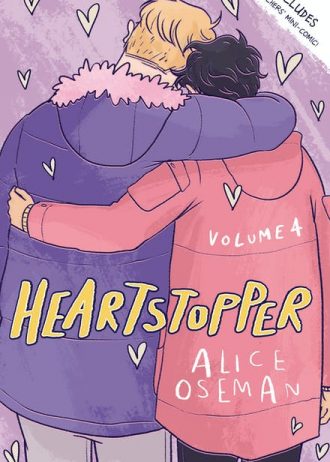 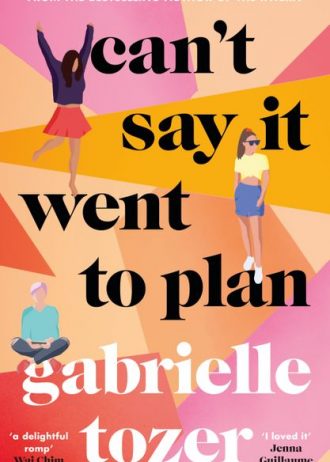 Can’t Say it Went to Plan

From the award-winning author of The Intern, Faking It and Remind Me How This Ends.

School’s out.
Forget study, exams and mapping out the future.
For the next seven days, the only homework is partying with friends, making new ones and living in the moment.
There are no parents or curfews – and no rules.
Zoe, Samira and Dahlia are strangers, but they have something in common: their plans for a dream holiday after their final year of school are flipped upside-down before they even arrive at the beach.
From hooking up and heartache, to growing apart, testing friendships and falling in love, anything can go down this week. 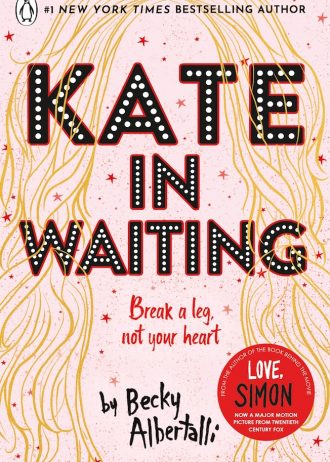 From the author of Love, Simon (Simon vs the Homo Sapiens Agenda) bestselling YA rom-com queen Becky Albertalli, comes a new novel about daring to step out of the shadows and into the spotlight in love, life and, yes, theatre.
Contrary to popular belief, best friends Kate and Anderson are not codependent. Carpooling to and from theatre rehearsals? Environmentally sound and efficient. Consulting each other on every single life decision? Basic good judgment. Pining for the same guys from afar? Shared crushes are more fun anyway.
But when Kate and Andy’s latest long-distance crush shows up at their school, everything goes off-script. Matt is talented and sweet, and Kate likes him. She really likes him. The only problem? So does Anderson.
Turns out, communal crushes aren’t so fun when real feelings are involved. This one might even bring the curtains down on Kate and Anderson’s friendship. 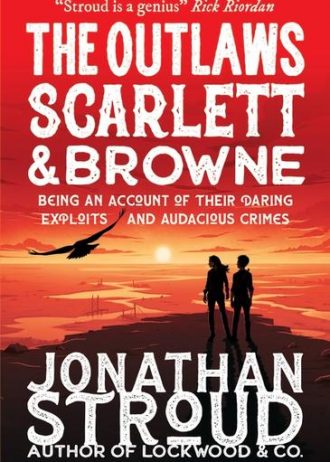 The Outlaws Scarlett and Browne

Set in a broken, future England, where gunfights and monsters collide, this is the exciting first title in a phenomenal fantasy teen series by the bestselling children’s novelist.
England has been radically changed by a series of catastrophes – large cities have disappeared and London has been replaced by a lagoon. The surviving population exists in fortified towns where they cling to traditional ways, while strangely evolved beasts prowl the wilderness beyond. Conformity is rigidly enforced and those who fall foul of the rules are persecuted: some are killed, others are driven out into the wilds. Only a few fight back – and two of these outlaws, Scarlett McCain and Albert Browne, display an audacity and talent that makes them legends. 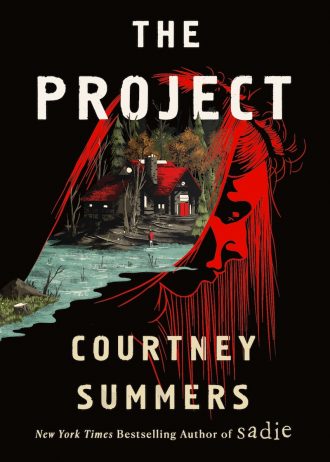 “The Unity Project saved my life.”
Lo Denham is used to being on her own. After her parents died, Lo’s sister, Bea, joined The Unity Project, leaving Lo in the care of their great aunt. Thanks to its extensive charitable work and community outreach, The Unity Project has won the hearts and minds of most in the Upstate New York region, but Lo knows there’s more to the group than meets the eye. She’s spent the last six years of her life trying – and failing – to prove it.
“The Unity Project murdered my son.”
When a man shows up at the magazine Lo works for claiming The Unity Project killed his son, Lo sees the perfect opportunity to expose the group and reunite with Bea once and for all. When her investigation puts her in the direct path of its charismatic and mysterious leader, Lev Warren, he proposes a deal: if she can prove the worst of her suspicions about The Unity Project, she may expose them. If she can’t, she must finally leave them alone.
But as Lo delves deeper into The Project, the lives of its members, and spends more time with Lev, it upends everything she thought she knew about her sister, herself, cults, and the world around her–to the point she can no longer tell what’s real or true. Lo never thought she could afford to believe in Lev Warren . . . but now she doesn’t know if she can afford not to.
Welcome to The Unity Project. 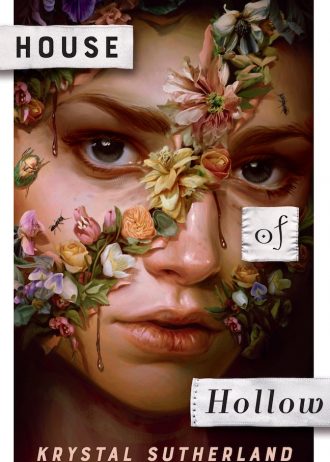 Iris Hollow and her two older sisters are unquestionably strange. Ever since they disappeared on a suburban street in Scotland as children only to return a month a later with no memory of what happened to them, odd, eerie occurrences seem to follow in their wake. And they’re changing. First, their dark hair turned white. Then, their blue eyes slowly turned black. People find them disturbingly intoxicating, unbearably beautiful and inexplicably dangerous.
Now, ten years later, seventeen-year-old Iris Hollow is doing all she can to fit in and graduate high school – something her two famously glamorous globe-trotting older sisters, Grey and Vivi, never managed to do. But when Grey goes missing, leaving behind only bizarre clues, Iris and Vivi are left to trace her last few days. They aren’t the only ones looking for her. As they brush against the supernatural, they realise that the story they’ve been told about their past is unravelling and the world that returned them seemingly unharmed ten years ago, might just be calling them home.
Krystal Sutherland’s latest novel is a dark and twisty modern-day fairytale that expertly melds the fantastical with the real as the Hollow sisters discover just how much horror can lie beneath the surface. 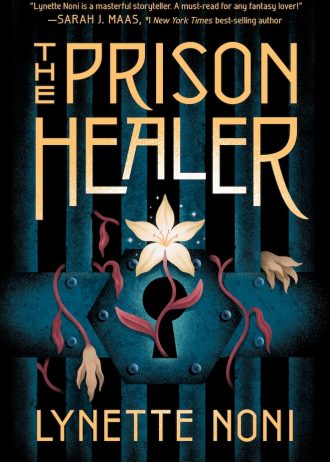 From bestselling Australian author Lynette Noni comes a dark, thrilling YA fantasy perfect for fans of Sarah J. Maas and Sabaa Tahir.
Here at Zalindov, the only person you can trust is yourself.
Seventeen-year-old Kiva Meridan has spent the last ten years fighting for survival in the notorious death prison, Zalindov, working as the prison healer.
When the Rebel Queen is captured, Kiva is charged with keeping the terminally ill woman alive long enough for her to undergo the Trial by Ordeal: a series of elemental challenges against the torments of air, fire, water and earth, assigned to only the most dangerous of criminals.
Then a coded message from Kiva’s family arrives, containing a single order: Don’t let her die. We are coming. Aware that the Trials will kill the sickly queen, Kiva risks her own life to volunteer in her place. If she succeeds, both she and the queen will be granted their freedom.
But no one has ever survived.
With an incurable plague sweeping Zalindov, a mysterious new inmate fighting for Kiva’s heart, and a prison rebellion brewing, Kiva can’t escape the terrible feeling that her trials have only just begun.