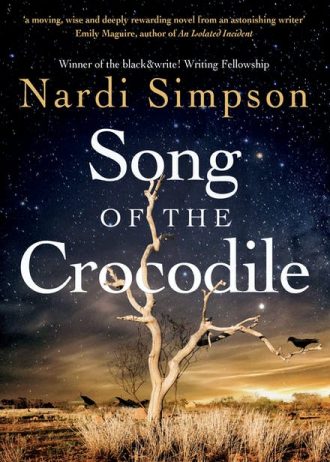 Song of the Crocodile

Darnmoor, The Gateway to Happiness. The sign taunts a fool into feeling some sense of achievement, some kind of end- that you have reached a destination in the very least. Yet as the sign states, Darnmoor is merely a gateway, a waypoint on the road to where you really want to be.
Darnmoor is the home of the Billymil family, three generations who have lived in this ‘gateway town’. Race relations between Indigenous and settler families are fraught, though the rigid status quo is upheld through threats and soft power rather than the overt violence of yesteryear.
As progress marches forwards, Darnmoor and its surrounds undergo rapid social and environmental changes, but as some things change, some stay exactly the same. The Billymil family are watched (and sometimes visited) by ancestral spirits and spirits of the recently deceased, who look out for their descendants and attempt to help them on the right path.
When the town’s secrets start to be uncovered the town will be rocked by a violent act that forever shatters a century of silence.
Full of music, Yuwaalaraay language and exquisite description, Song of the Crocodile is a lament to choice and change, and the unyielding land that sustains us all, if only we could listen to it. 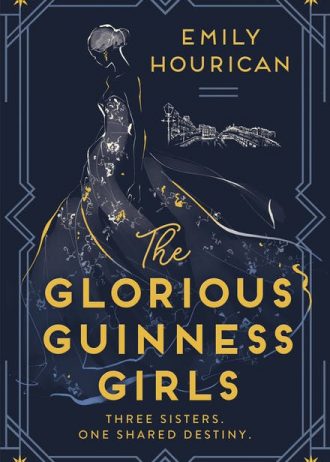 The perfect glorious escape … the intimacy of a family drama, set against the most opulent of backdrops … Sunday Independent The Glorious Guinness Girls are the toast of London and Dublin society. Darlings of the press, Aileen, Maureen and Oonagh lead charmed existences that are the envy of many.
But Fliss knows better. Sent to live with them as a child, she grows up as part of the family and only she knows of the complex lives beneath the glamorous surface.
Then, at a party one summer’s evening, something happens which sends shockwaves through the entire household. In the aftermath, as the Guinness sisters move on, Fliss is forced to examine her place in their world and decide if where she finds herself is where she truly belongs.
Set amid the turmoil of the Irish Civil War and the brittle glamour of 1920s London, The Glorious Guinness Girls is inspired by one of the most fascinating family dynasties in the world – an unforgettable novel of reckless youth, family loyalty and destiny.
If you loved Downton Abbey, Julian Fellowes’ Belgravia or Paula McLain’s The Paris Wife, you will adore The Glorious Guinness Girls. 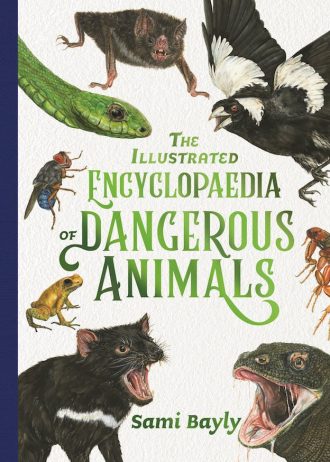 The Illustrated Encyclopaedia of Dangerous Animals

Dangerous animals get a bad rap, but this beautifully illustrated encyclopaedia helps us appreciate the incredible features of some of our more hair-raising animal species.
With more than sixty of the most deadly and dangerous animals from across the world to explore, every page of this beautifully illustrated volume is more eye-opening than the last. You will learn interesting facts about these fascinating species, (many of which you won’t have even known were deadly) such as how they have adapted to survive and whether we should be threatened by these animals or appreciate them for their incredible features. Children and adults alike will pore over the breathtaking scientific illustrations of unusual animals from the geography cone snail to the wolverine, the Irukandji jellyfish to the slow loris, debating their relative dangerous features, learning about science and nature along the way.
This gorgeous hardcover book is illustrated in exquisite detail by award-winning author and illustrator, Sami Bayly. A brilliant companion to The Illustrated Encyclopaedia of Ugly Animals. 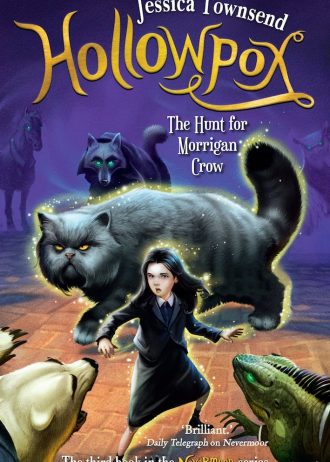 Strange things are happening in Nevermoor…
Morrigan Crow faces her most dangerous challenge yet in her latest Wundrous adventure. The highly anticipated third book in the award-winning Nevermoor series from one of Australia’s best selling and most loved authors.
Morrigan Crow and her friends have survived their first year as proud scholars of the elite Wundrous Society, helped bring down the nefarious Ghastly Market, and proven themselves loyal to Unit 919. Now Morrigan faces a new, exciting challenge: to master the mysterious Wretched Arts of the Accomplished Wundersmith, and control the power that threatens to consume her.
But a strange illness has taken hold of Nevermoor, turning its peaceable Wunimals into mindless, vicious unnimals on the hunt. As victims of the Hollowpox multiply, panic spreads. And with the city she loves in a state of fear, Morrigan quickly realises it is up to her to find a cure for the Hollowpox, even if it will put her – and the rest of Nevermoor – in more danger than ever before . . . 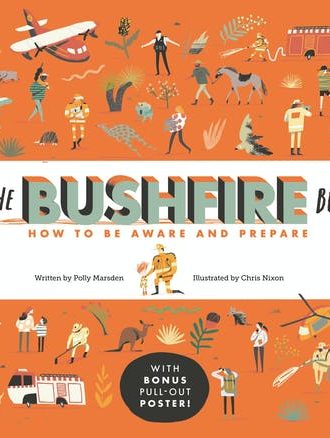 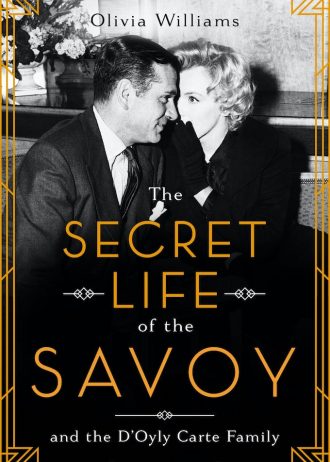 The Secret Life of the Savoy

The story of the Savoy’s founders, through three generations and a hundred years of luxury
In 1889, Victorian impresario Richard D’Oyly Carte opened The Savoy, Britain’s first luxury hotel. Allowing the rich to live like royalty, it attracted glamour, scandal and a cast of eccentric characters, with the D’Oyly Carte family elevated to a unique vantage point on high society.
THE SECRET LIFE OF THE SAVOY tells their story through three generations: Richard (a showman who made his fortune from the Gilbert and Sullivan operas), Rupert (who expanded the D’Oyly Carte empire through two world wars and the roaring twenties), and Bridget (the reluctant heiress and last of the family line).
In this, the first biography of the family, Olivia Williams revives their extroardinary cultural legacy, told through the prism of their iconic hotel and its many distinguished guests. 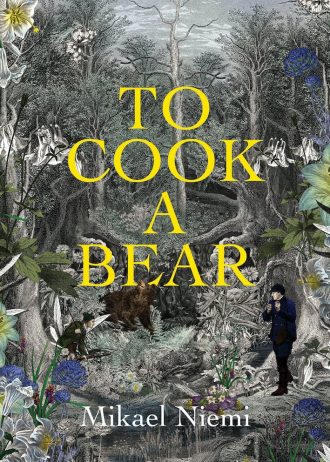 To Cook a Bear

TO COOK A BEAR is the fantastic story of revivalist preacher Lars Levi Laestadius and the young Sami boy he saves from a ditch and cares for. It is the summer of 1852 in the Kengis village of Sweden’s far north, and Jussi – as the boy is called – has fled from a cruel home plagued by abuse, starvation, and alcoholism.
Jussi becomes the preacher’s faithful disciple. Laestadius is an avid botanist, and with Jussi in tow he sets out on long botanical treks to teach him all about plants and nature; but also how to read, write and not least to love and fear God. For it is revivalist times, and thanks to Laestadius, impassioned faith spreads like wildfire among the locals. While the preacher’s powerful Sunday sermons grant salvation to farmers and workers, they gain him enemies among local rulers, who see profits dwindle as people choose revival over alcohol.
One day a maid goes missing in the deep forest, and soon thereafter another disappears. One of them is found dead, the other badly wounded, and the locals suspect a predatory bear is at large. The constable is quick to offer a reward for capturing the bear, but the preacher sees other traces that point to a far worse killer on the loose. Along with Jussi, the preacher reinvents himself as something of a forensic expert, unaware of the evil that is closing in on him.
A gripping and vivid read, To Cook a Bear manages to both entertain and to burrow deep down into life’s great philosophical questions. Reminiscent of Victor Hugo’s Les miserables and Marilynne Robinson’s Lila, TO COOK A BEAR goes straight to the heart. 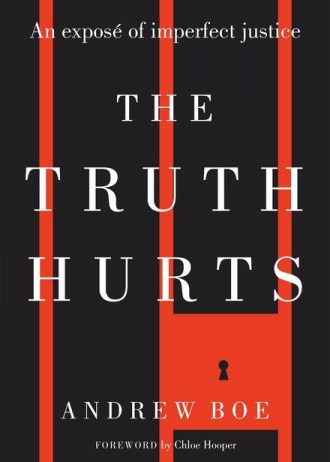 Criminal justice systems are not designed to seek the truth. In places like Australia, court proceedings remain an adversarial blood sport at times distorted by smoke and mirrors or failed by individual shortcomings. Navigating it is difficult and uncertain for any one of us but more so if you are poor, not white – or not white enough – not a straight male or have no formal education. Simply put, the most vulnerable among us are unfairly exposed to unjust outcomes.
Drawing on his experiences as a child of Burmese migrants fleeing a military junta and his evolution from a naive law clerk, too shy to speak, into a lawyer whose ponytailed flamboyance and unbridled willingness to speak truth to power riled many within the legal establishment, Andrew Boe delves into cases he found unable to leave behind. These cases have shaped who he has become. Taking us from a case of traditional punishment gone wrong in the Gibson Desert to deaths in police custody on Palm Island and in Yuendumu in the Northern Territory – places where race relations are often stalled in a colonial time warp – to an isolated rural home, and the question of what is self-defence after decades of domestic abuse; to cases of children abandoned, ‘stolen’ and then fought over; and into prison interview rooms and courthouses around the country where Boe defended serial killers, rapists, child sex offenders, murderers as well as the odd politician – he holds fast to the premise that either every one of us is entitled to the presumption of innocence or none of us are.