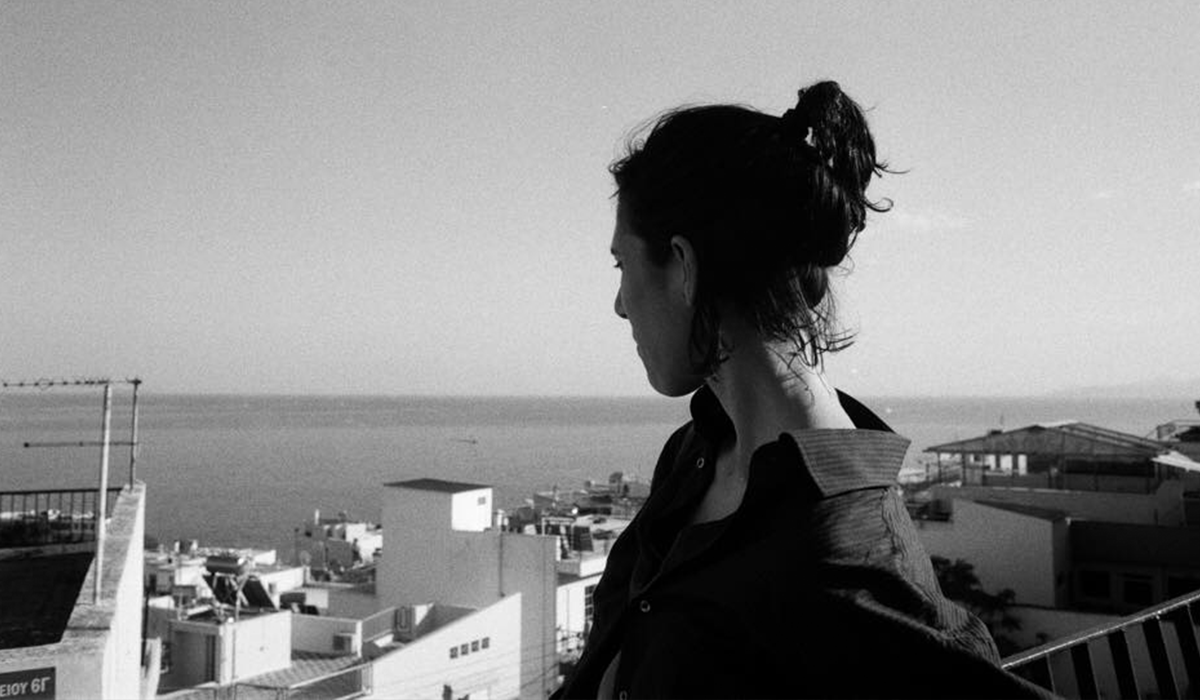 Every year, thousands die or disappear while attempting passage across the borders of Europe. It has become the world’s most deadly frontier, against which more bodies are pressed and pushed back. As individuals struggle to stay alive and families struggle to stay together, governments grow ever more hostile to those they have a law-bound and ethical duty to help.

In the extraordinarily detailed Where the Water Ends, reporter and poet Zoe Holman traces the journey of asylum seekers from the Middle East to Greece, documenting their stories while placing them within the vast history of how states respond to non-citizens seeking entry. Prioritising migrant perspectives, while scrutinising the system which seeks to control and limit their movement, the book is an urgent and humanist testament of the gruelling and ongoing reality of modern day asylum and marginalised communities, beyond the lurid flickers we see on the news. Currently, Greece hosts more than 150,000 asylum seekers.

Roaring Stories spoke with Zoe Holman on her book, described by Christos Tsiolkas as “stunning” and Virginia Trioli as “remarkable”.

For this book, you come into the suffering-stricken lives of the people affected by the migration crisis in Europe. How did you first develop these relationships, and negotiate them following? Was it purely a journalistic relationship that you sought to establish, and did this change over time?

My relationships with those whose stories or circumstances I recount in the book were varied in nature. Some individuals I sought out based on their distinct experiences or activities – for example, victims of police brutality or campaigners – and our interactions remained largely journalistic. Some I met in the course of research, for example, at camps or demonstrations and formed research-based relationships which later evolved into friendships, while others were friends from the outset and it was only later that I sought their permission to write about their experiences.

Obviously, the merging of the social and professional in some of these cases created complexities at times – for example, insofar as narratives or truths may be filtered in the context of friendships, or equally, in the question of framing or characterising an individual I know well. I hope, ultimately, that the proximity of some of these relationships enabled me to write with more authenticity about people, without the false pretext of neutrality or ‘objectivity’.

When did it become apparent to you that this is a book you wanted to write? What motivated it into being?

My background, academically and journalistically, is working on the Middle East region, and I have a record of involvement in refugee-rights related causes, so the circumstances in Europe in 2016 (when I moved to Greece) represented an intersection of these two areas. At the same time, Greece in itself struck me as a compelling and complex site from which to narrate events in the EU, given its own history of exile, displacement and emigration, and current socio-economic conditions – issues which seemed to link into themes of broader global relevance. To me, Greece reflected a point of transit, not only physically for asylum-seekers on journeys into the EU, but also culturally, as a kind of bridge between what is commonly thought of as the ‘East’ and ‘West’.

So in writing about the country’s past and present, I wanted to convey how much more blurred this distinction is and also, to challenge understandings of what are often held up as European or ‘Western’ values, such as human rights, democracy, egalitarianism etc. At a more elementary level, contemporary Greece – its landscape, society and the shocking and often surreal incarnations of migration there – seemed to lend themselves so readily to writing that I knew almost immediately that this was what I wanted to document in words.

Ultimately, much of the motivation for the book also came from the continuing violence and injustice of Australia’s own border regime which remains highly relevant to developments in the EU.

What was the process of writing Where the Water Ends? How much did the final published version differ from the original plan?

A good deal of things occurred between the time I started the writing process in 2018 and the book’s completion – both in terms of migration-related events in Greece and the EU, and in the lives of many of the ‘characters’. For this reason, there was quite a lot of writing on the fly, and revisions and updates to take in key new developments – not in the least, the COVID-19 pandemic. Since the story of migration in Europe, like the stories of individual lives, is a continuous and unfolding one, it ultimately became a question of which events were most significant to focus on and where to draw a line under certain narratives.

In the acknowledgements, you refer to some of the people who feature most prominently in the book – Saad, Maryam, Amir and others – that ‘it should have been you writing this book, not me’. What challenges did you grapple with, writing the account of others’ hardships in a world away from the one you were familiar with?

Having lived in Syria and Palestine and researched in countries in the region, the worlds of many of these individuals was not entirely unfamiliar to me (which is part of the reason I chose to focus on individuals from the Middle East). But of course, yes, their experiences – of conflict, displacement, discrimination etc. – are vastly removed from my relative privilege and comfort. In light of this, I attempted to recount people’s stories true to the detail, voice and spirit in which they had been told to me, without dramatising or embellishing them unnecessarily.

At the same time, there was the stylistic or creative process of re-animating events which I did not witness first-hand – much of which I did through research into the relevant developments or sites, and/or in some cases, through my own experiences of the people or places concerned, for example, in Greece or Syria. Some of the individuals noted above have done much of their own writing and I tried to incorporate this wherever possible (such as, through Aryan and Saad’s poetry). Ideally, more asylum-seeker writers would themselves be given greater attention in publishing their own subjective and more valuable accounts – for example, in the case of authors like Behrouz Boochani and others writing about the EU context, like Dina Nayeri’s recent The Ungrateful Refugee.

You’ve chosen to write the work in a way which doesn’t remove your presence or participation. Without centring yourself, and prioritising the voices of others, the text constantly reminds us that you are there, an active witness. What was your reasoning behind this?

From the outset, I was clear that I did not want to write a work of academia or analysis that claimed to adopt an impartial stance on the related developments. My response to the subject matter of my research – the atrocities of the EU asylum system, Greece’s compelling historical landscape, its current politics and society – was in essence an affective response as much as a critical or intellectual one. So I felt it was central to narrate it from this standpoint and likewise, to not attempt to airbrush the relational aspects of my encounters with the people I write about.

There are endless reports – from officials, NGOs, media outlets etc. – that document migration and related developments in the EU from a more ‘objective’ standpoint and as a writer, I felt that the most useful or original contribution I could make, if any, on this subject was to offer a more unfiltered, creative and humanistic take on circumstances.

How has the migration crisis in Europe changed over the last 12 months?

Greece’s current, right-wing New Democracy government has taken the existing punitive trajectory of the EU border regime even further through policies that seek to bypass asylum procedures and speed up deportations. Violent push-backs at sea by the Greek authorities (with the complicity of EU bodies) have become a mainstay of a strategy to keep asylum-seekers out of Europe. The advent of COVID-19 has also worsened the situation exponentially, with Greek authorities using the pandemic as a pretext to lockdown and isolate camps further, while providing nothing in the way of sanitation or healthcare facilities – as is direly apparent at the new camp on Lesvos which was set up following the burning of Moria in late 2020. Rejection rates of asylum-seeker claims have reached around fifty per cent, and even for those who are granted asylum in Greece, recent government policies now function to deny housing, healthcare, education, social-security and employment. So even those people who do manage to reach Europe find themselves confronted by circumstances of ongoing and major insecurity and violence.

You are currently still in Greece. How long have you been over there, where are you staying, and what does daily life look like for you at the moment? Do you plan to return to Australia soon?

I have been based in Greece since 2016 and live in Athens, in a diverse neighbourhood in the city centre. I suppose daily life in most places around the world looks much altered with the advent of the pandemic, though in Greece the government looks determined to re-open commerce and the country to tourists swiftly, regardless of case numbers. There is much fear about the exacerbating effects of the pandemic on an already precarious economic reality among many Greeks, coupled with concerns on the left about an increasingly heavy-handed approach to policing and more authoritarian-style governance under New Democracy. I remain ever impressed by the level of political mobilisation and community solidarity initiative in Greece in the face of these challenges.

I have no plans to return to Australia in the longer term, but am currently visiting and looking forward to speaking with Australian audiences about various book-related themes… when I am finally released from quarantine ‘detention’!

Where the Water Ends by Zoe Holman was published by the Melbourne University Publishing in 2021. On 29 April, Holman will be appearing at the Sydney Writers’ Festival for the panel Displaced, along with Behrouz Boochani, Adama Kamara, Zaki Haidari and Ben Doherty.

Getting in sync with the wilder world: Q&A with Claire Dunn

Ahead of our July 19 author event with Dunn, we asked the eco-activist a few questions about her new book.