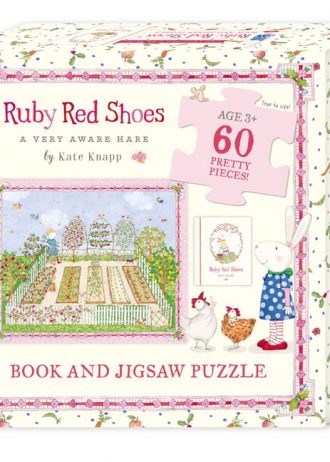 Ruby Red Shoes is a white hare who lives in a colourful caravan with her grandmother.
Ruby is gentle and kind and cares for all living things, including plants and trees, animals and people.
Ruby is also particularly fond of strawberry jam and peppermint tea.
Enjoy building a jigsaw puzzle of Ruby’s pretty and charming garden, strawberry by strawberry. Includes a special edition of the award-winning book Ruby Red Shoes, the first title in the bestselling series.
Contact us to order, or find a copy in store. 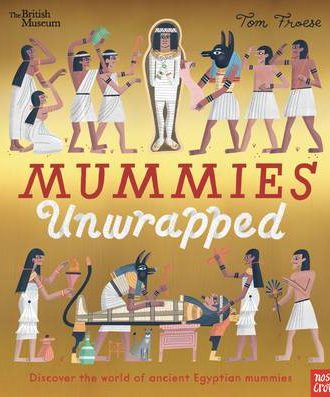 Unwrap the mysteries of the fascinating world of ancient Egyptian mummies!
What is a mummy? How exactly were they made? And is there really such a thing as a mummy’s curse? Find out the answers to these questions and many more, in this gruesome guide to the mummification process. Filled with grisly detail, you’ll uncover secrets of the embalmers, tales of the tomb robbers and even what happened when pets were mummified! Meet some famous mummies from around the world, from Tutankhamun to the ‘unlucky mummy’, and find out what happened when archaeologists discovered mummies thousands of years after they were buried . . .
With a glorious gold foil cover and quirky colour illustrations on every page, children aged 7+ will enjoy learning lots more about mummies!
Contact us to order, or find a copy in store. 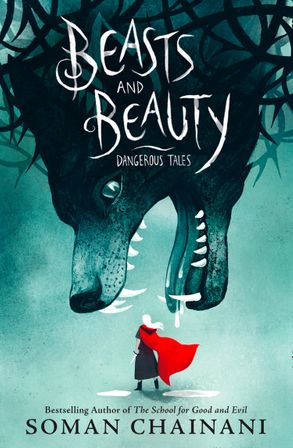 You think you know these stories, don’t you?
You are wrong.
You don’t know them at all. Twelve tales, twelve dangerous tales of mystery, magic, and rebellious hearts. Each twists like a spindle to reveal truths full of warning and triumph, truths that free hearts long kept tame, truths that explore life . . . and death.
A prince has a surprising awakening . . .v
A beauty fights like a beast . . .
A boy refuses to become prey . . .
A path to happiness is lost . . . then found again.
New York Times bestselling author Soman Chainani respins old stories into fresh fairy tales for a new era and creates a world like no other. These stories know you. They understand you. They reflect you. They are tales for our times. So read on, if you dare.
Contact us to order, or find a copy in store. 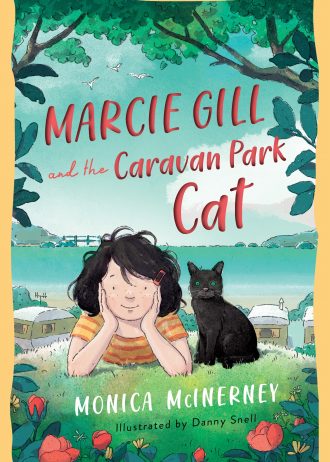 This heartwarming story by award-winning and bestselling author Monica McInerney will delight readers young and old.
Marcie Gill hasn’t had a great start to the Christmas holidays. Her parents aren’t talking to each other and the family business – the Snorkel Bay Caravan Park – is in financial trouble. Her younger brother will only talk about his 23 goldfish and her sister is obsessed with tennis. To make matters worse her gran is in the hospital after a bad fall and won’t be home for ages.
But then something magical happens. Something that involves a Christmas competition, a black cat called George and a wishing stone. Marcie is about to discover that if you wish hard enough, dreams can come true.
Contact us to order, or find a copy in store. 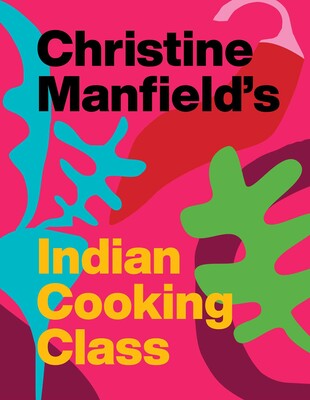 Mastering the incredible array of spices and techniques applied in the Indian kitchen can seem a daunting task for the casual cook. But in Indian Cooking Class you’ll find easy-to-follow and approachable recipes that will see you making curry pastes and blending flavours with absolute confidence.
Spanning history-steeped recipes to home-style favourites, Ayurvedic-influenced dishes and contemporary interpretations, this extensive collection of beautifully photographed recipes guides home cooks from snacks and sides to main dishes, all the way through to dessert.
Discover meals found on the humblest thali plate to those served at the most lavish banquets, and find a true appreciation for the many and varied cooking styles, vibrant flavour combinations and textural medleys that make for such an aromatic and sense-enlivening food culture.
Equipping novice and curious cooks alike with a repertoire of achievable and impressive Indian classics, be it a simple dal to an intricate biryani, Christine Manfield’s Indian Cooking Class is a handbook of skills to encourage creativity. Join Christine as she shares her knowledge, love and deep respect for the vivacious and piquant dishes at the heart of India’s fascinating culinary heritage.
Contact us to order, or find a copy in store. 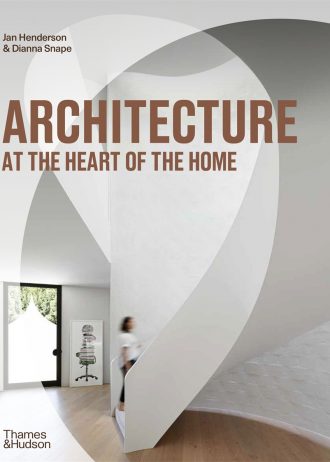 Architecture at the Heart of the Home

Increasingly, domestic architecture has sought to enhance everyday life by providing resonant settings that reflect the human need for comfort, safety and connection. A house has walls and ceilings, and perhaps a garden, but beyond that, there is always that one part of a home that becomes a place of belonging, around which people gather.
Architecture at the Heart of the Home showcases those special places and features that make a residence unique. Of course, there are kitchen and dining areas, but a home’s heart can also be the physical link between the interior and the exterior, a view, a particular room, or even an architectural feature: a pool that reflects the sky overhead, windows that frame a panoramic vista, or a building’s position in the landscape.
The projects in this book are not necessarily grand in scale, but all reveal extraordinary settings that fill the heart with joy and the soul with happiness – the places where memories are made.
Contact us to order, or find a copy in store. 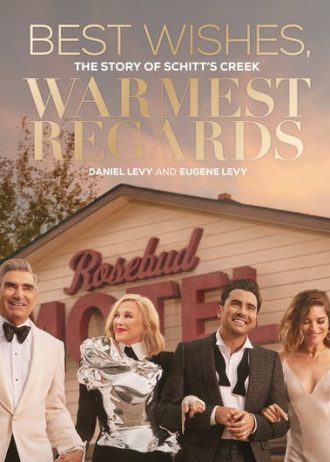 This beautifully produced, lavishly illustrated book is the ultimate celebration of the series, the town, the characters, and the state of mind that is Schitt’s Creek. Capturing the essence and alchemy of all six seasons of what is now considered to be one of the most groundbreaking comedy television series of the last decade, Best Wishes, Warmest Regards is a gift to fans everywhere who have made the show their own.
Included are character profiles from the cast of Johnny, Moira, David, and Alexis, and all of the characters that populate the town, major moments from Moira’s endorsement of Herb Ertlinger Winery, to Patrick and David’s first kiss, to Cabaret and the Rose Family Christmas episode. Also included are special features, such as the complete, illustrated catalogs of David’s knits and Moira’s wigs, Moira’s vocabulary, Alexis’s adventures, and behind-the-scenes moments from Dan and Eugene Levy and the cast of Schitt’s Creek.
Contact us to order, or find a copy in store. 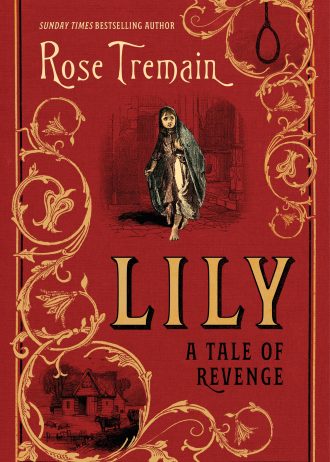 From fêted novelist Rose Tremain a gripping Victorian melodrama about an orphan girl and a vengeful murder.
Nobody knows yet that she is a murderer…
Abandoned at the gates of a London park one winter’s night in 1850, baby Lily Mortimer is saved by a young police constable and taken to the London Foundling Hospital. Lily is fostered by an affectionate farming family in rural Suffolk, enjoying a brief childhood idyll before she is returned to the Hospital, where she is punished for her rebellious spirit. Released into the harsh world of Victorian London, Lily becomes a favoured employee at Belle Prettywood’s Wig Emporium, but all the while she is hiding a dreadful secret…
Across the years, policeman Sam Trench keeps watch over the young woman he once saved. When Sam meets Lily again, there is an instant attraction between them and Lily is convinced that Sam holds the key to her happiness – but might he also be the one to uncover her crime and so condemn her to death?
Contact us to order, or find a copy in store. 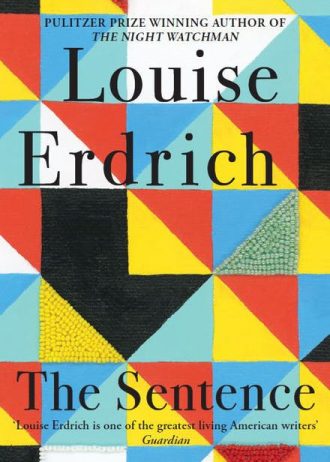 In this stunning and timely novel, Pulitzer Prize and National Book Award-winning author Louise Erdrich creates a wickedly funny ghost story, a tale of passion, of a complex marriage and of a woman’s relentless errors.
Louise Erdrich’s latest novel, The Sentence, asks what we owe to the living, the dead, to the reader and to the book. A small independent bookstore in Minneapolis is haunted from November 2019 to November 2020 by the store’s most annoying customer. Flora dies on All Souls’ Day, but she simply won’t leave the store. Tookie, who has landed a job selling books after years of incarceration that she survived by reading ‘with murderous attention,’ must solve the mystery of this haunting while at the same time trying to understand all that occurs in Minneapolis during a year of grief, astonishment, isolation and furious reckoning.
The Sentence begins on All Souls’ Day 2019 and ends on All Souls’ Day 2020. Its mystery and proliferating ghost stories during this one year propel a narrative as rich, emotional and profound as anything Louise Erdrich has written.
Contact us to order, or find a copy in store.