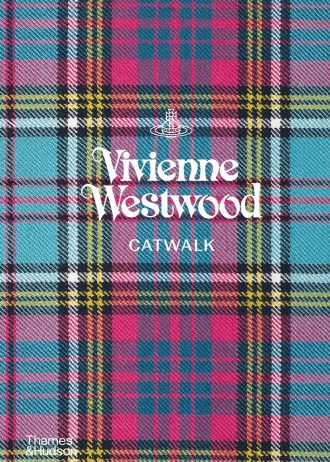 One of the most thought-provoking and influential designers in the world – she once declared ‘the only reason I’m in fashion is to destroy the word “conformity”‘ – Vivienne Westwood has been reinventing, changing and challenging the world of fashion for over five decades.
Celebrating 40 years of catwalk collections, this book records the inimitable creations imagined by Vivienne Westwood since her first runway show in 1981, as well as those designed by her husband and long-time collaborator, Andreas Kronthaler. Complete with an introduction and collection texts by Alexander Fury, and biographies written by the designers themselves, Vivienne Westwood Catwalk offers a rare opportunity to chart the development of a uniquely creative fashion house.
After Chanel, Dior, Louis Vuitton, Yves Saint Laurent and Prada, Vivienne Westwood – publishing in Spring 2021 – is the sixth new volume in the best-selling Catwalk series, which offers an unrivalled overview of the collections of the world’s top fashion houses through original catwalk photography. 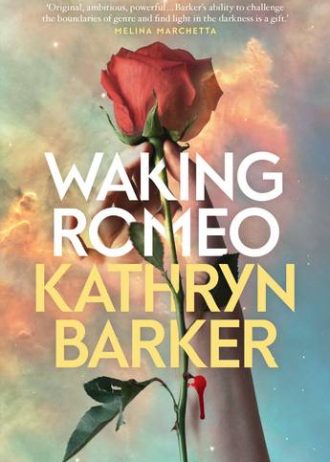 What if Juliet Capulet met someone who made her doubt true love? What if Wuthering Heights was a message to a time traveller? A cosmic reimagining of Romeo and Juliet and homage to two literary classics in a compelling novel about fate, love and time travel from an award-winning author.
YEAR: 2083. LOCATION: LONDON. MISSION: WAKE ROMEO.
It’s the end of the world. Literally. Time travel is possible, but only forwards. And only a handful of families choose to remain in the ‘now’, living off the scraps that were left behind. Among these are eighteen-year-old Juliet and the love of her life, Romeo. But things are far from rosy for Jules. Romeo is in a coma and she’s estranged from her friends and family, dealing with the very real fallout of their wild romance. Then a handsome time traveller, Ellis, arrives with an important mission that makes Jules question everything she knows about life and love. Can Jules wake Romeo and rewrite her future?
A highly original mashup that delights as it disorients … and asks what would have happened if two great literary love stories were somehow intertwined.
‘Original, ambitious, powerful … Barker’s ability to challenge the boundaries of genre and find light in the darkness is a gift.’ Melina Marchetta 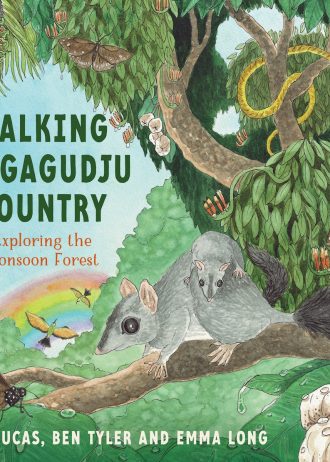 Walk with us through one of the Top End’s magnificent monsoon forests, in Kakadu National Park, learning about the plants, animals and Kundjeyhmi culture along the way.
When we go walking, we never know how long we will be, what we will hear and what we will see.
We pack our bags with food and water, a billy and some matches to light a fire.
We head off into the shady monsoon forest on the edge of the billabong.
Diane Lucas, Ben Tyler and Emma Long share their knowledge and love of the Top End in this enchanting and accessible book about one of Australia’s most ancient and beautiful ecosystems. 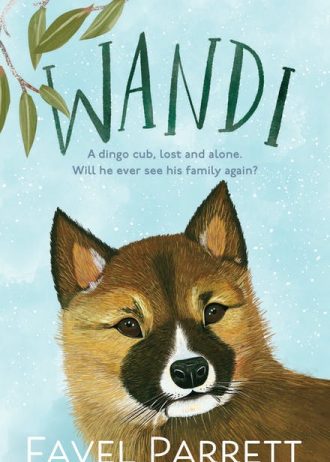 A young cub is snatched from his family and home by a giant eagle, then dropped, injured and alone, in a suburban garden. This is where he meets his first Human, and begins his long journey to becoming the most famous dingo in the world. He will never see his mountain home again, or his family. But it is his destiny to save alpine dingoes from extinction, and he dreams of a time when all cubs like him can live in the wild in safety, instead of facing poison and bullets and hatred.
A children’s literary classic in-the-making from one of Australia’s most-loved authors.
Contact us to order 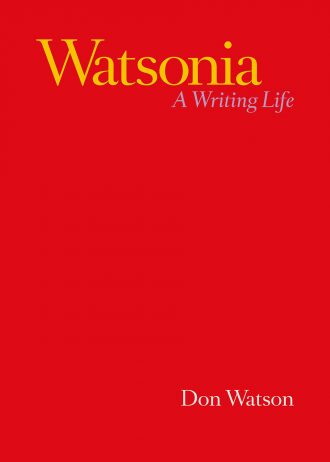 Out 17 November
Watsonia gathers the fruits of a writing life. It covers everything from Australian humour to America gone berserk; from Don Bradman to Oscar Wilde; from birds and horses to history and politics. Wherever Don Watson turns his incisive gaze, the results are as illuminating as they are enjoyable.
Watsonia displays the many sides of Don Watson: historian, speechwriter, social critic, humourist, biographer and lover of nature and sports. Replete with wit, wisdom and diverse pleasures, this comprehensive collection includes a wide-ranging introduction by the author and several previously unpublished pieces. No other writer has journeyed further into the soul of Australia and returned to tell the tale. 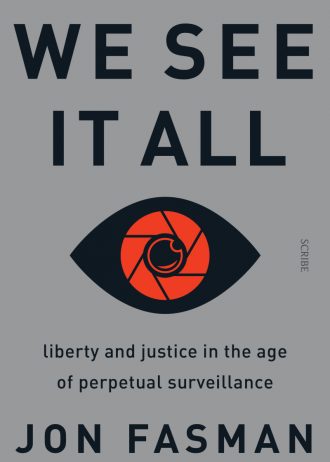 We See It All

What are citizens of a free country willing to tolerate in the name of public safety?
Jon Fasman journeys from the US to London — one of the most heavily surveilled cities on earth — to China and beyond, to expose the legal, political, and moral issues surrounding how the state uses surveillance technology.
Automatic licence-plate readers allow police to amass a granular record of where people go, when, and for how long. Drones give the state eyes — and possibly weapons — in the skies. Algorithms purport to predict where and when crime will occur, and how big a risk a suspect has of reoffending. Specially designed tools can crack a device’s encryption keys, rending all privacy protections useless. And facial recognition technology poses perhaps a more dire and lasting threat than any other form of surveillance.
Jon Fasman examines how these technologies help police do their jobs, and what their use means for our privacy rights and civil liberties, exploring vital questions, such as: Should we expect to be tracked and filmed whenever we leave our homes? Should the state have access to all of the data we generate? Should private companies? What might happen if all of these technologies are combined and put in the hands of a government with scant regard for its citizens’ civil liberties?
Through on-the-ground reporting and vivid storytelling, Fasman explores one of the most urgent issues of our time. 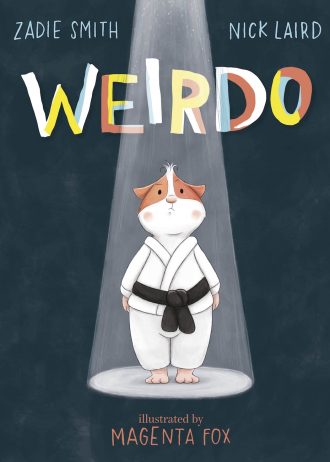 Bestselling authors Zadie Smith and Nick Laird make their picture book debut with this warm and endearing story celebrating the quiet power of being different.
Meet Maud: a guinea pig who inexplicably wears a judo suit – and not everyone understands or approves. When Maud is thrown into a new and confusing situation, it takes brave decisions and serendipitous encounters for her to find her place and embrace her individuality.
The charming characters of Magenta Fox, whose work is evocative of Raymond Briggs and Janet Ahlberg, perfectly offset Zadie and Nick’s warm, wry prose.
Weirdo is an endearing story about the quiet power of being different by two veteran writers, and introduces an exciting debut illustrator. Together they have created a picture book that adults and children alike will treasure. 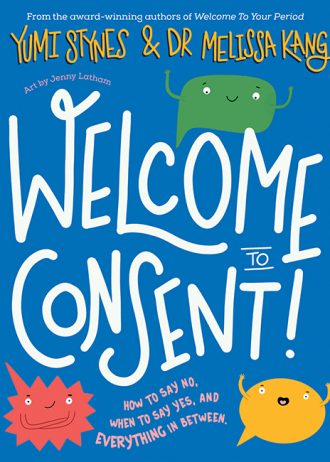 An inclusive, frank and funny guide to navigating consent for tweens and teens of all genders, from the award-winning authors of Welcome To Your Period.
Adolescent health experts Dr Melissa Kang and Yumi Stynes have written the only guide you need to figuring out the rules of consent. Whether you’re a curious 11 to 14-year-old, or the parent of someone with a bunch of questions, this book is reassuring, interesting, and full of the info you need!
I’m ready for this book if:
I’m curious about how consent works.
I will get a haircut or visit the doctor on my own one day.
I think I might kiss someone or have a relationship in the future (even if I’m not ready to yet).
I don’t know how to actually TALK about consent.
It’s hard to say no.
I don’t know when to say yes.
I find consent confusing! 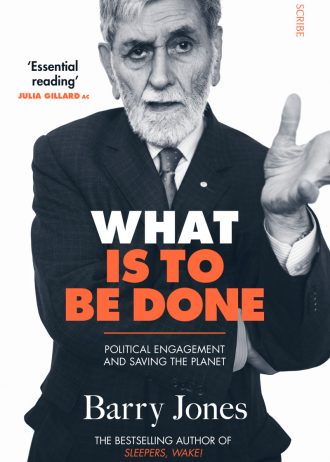 What is to be Done

A follow-up to the author’s prescient bestseller, first published in 1982, that alerted the public to the likely impacts of information technologies and the emergence of a post-industrial society.
When Sleepers, Wake! was released in Australia, it immediately became influential around the world: it was read by Deng Xiaoping and Bill Gates; was published in China, Japan, South Korea, and Sweden; and led to the author being the first Australian minister invited to address a G-7 summit meeting, held in Canada in 1985.
Now its author, the polymath and former politician Barry Jones, turns his attention to what has happened since — especially to politics, health, and our climate in the digital age — and to the challenges faced by increasingly fragile democracies and public institutions.
Jones sees climate change as the greatest problem of our time, but political leaders have proved incapable of dealing with complex, long-term issues of such magnitude. The Trump phenomenon overturns the whole concept of critical thinking and analysis. Meanwhile, technologies such as the smartphone and the ubiquity of social media have reinforced the realm of the personal. This has weakened our sense of, or empathy with, ‘the other’, the remote, and the unfamiliar, and all but destroyed our sense of community, of being members of broad, inclusive groups. The COVID-19 threat, which was immediate, and personal, showed that some leaders could respond courageously, while others denied the evidence.
In the post-truth era, politicians invent ‘facts’ and ignore or deny the obvious, while business and the media are obsessed with marketing and consumption for the short term. What Is to Be Done is a long-awaited work from Jones on the challenges of modernity and what must be done to meet them.