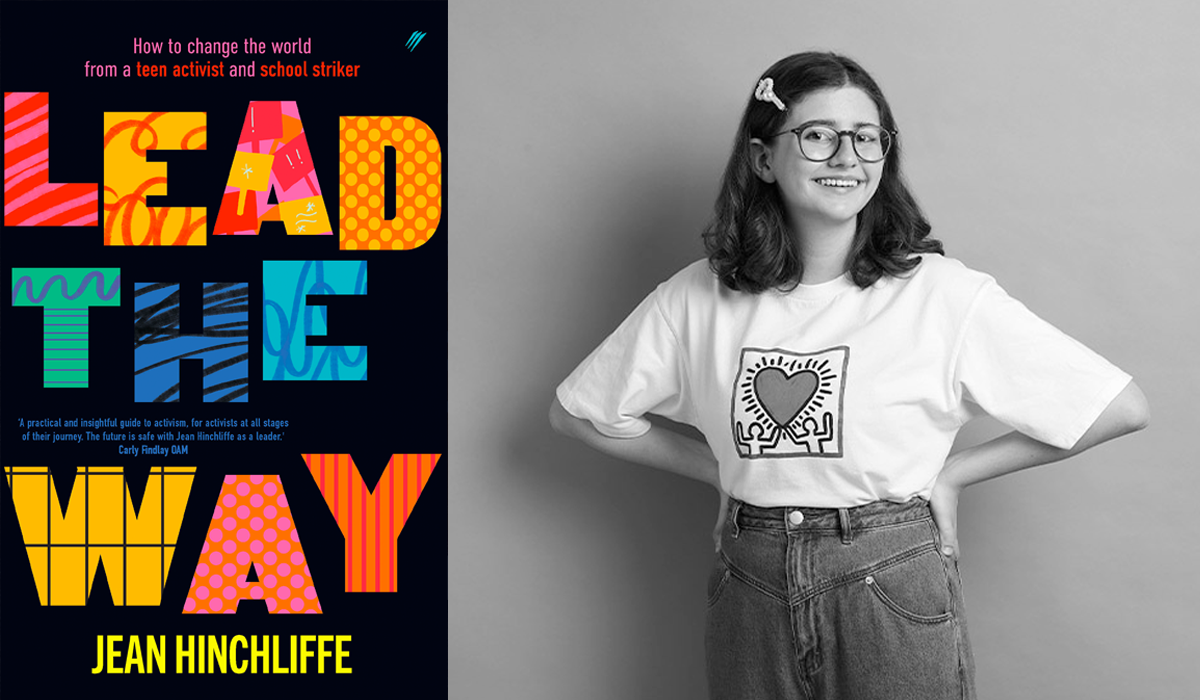 What were you doing when you were fifteen? I was thinking (morosely) about matters of the heart, exchanging gossip on Windows Live Messenger and agonising over titration homework. You could think of me as about as politically engaged as a rubber duck. Maybe less.

Not Jean Hinchliffe. Dubbed ‘Australia’s Greta Thunberg’ by MTV, she was helping make the voice of a generation heard by organising a state-wide school climate strike as part of a global movement. A student at Fort Street High School in Sydney’s inner west, she had been a pretty normal Year 9-er up until then – though she was far from disengaged. A fierce speaker on the debate team, the daughter of progressive parents, she had volunteered in the YES campaign in the lead up to the marriage equality plebiscite and was in the crowd at the 2017 Women’s March.

But while the activist groups she participated in weren’t exclusionary towards youth, or even unwelcoming, they barely registered that younger voices existed. There just wasn’t a space for young people, she felt, or any recognition that what they thought mattered.

No vote? No power. No place at the table. That seemed to be the sorry but accepted truth, accepted wholesale by a society stymied by meaningful action on climate by greed, fear, misinformation and the abuse of power by a confederacy of business leaders and politicians.

“As a person growing up, you internalise those messages that your opinion is irrelevant and you can’t make a difference,” she says. “It’s difficult to have the courage to step up.”

Then, around midnight one school night, her friend sent her a link to the School Strike 4 Climate website.

“As soon I saw it, I was like, I need to be involved in this,” Hinchliffe remembers.

A few crazy-intense weeks of organising, campaigning, mobilising and sign-crafting later, 5,000 students, staff, office workers, unionists and other citizens had amassed at Martin Place in Sydney to demand that their voice be heard. A total of 80,000 were reported to have joined protests in Sydney, and 300,000 Australia-wide.

This was their future that adults were playing with, after all. Their inheritance – and that of the generations that followed. Speaking before the throng on stage, Hinchliffe felt the electricity crackling. They might not be able to vote – but they would soon enough. And in the meantime, they would not be ignored.

Several years have passed since those first global strikes made international headlines. Hinchliffe is now in her final year of high school – meeting me in Roaring Stories just after her mid-year exams – and has just accomplished another ‘impossible’ for a person of her age: she’s published a book. Lead the Way, out with Pantera Press, is a guidebook for young activists, written by one who has done a lot of learning in a very short space of time. It unpacks big ideas about decentralised power structures, and the importance of giving everyone an opportunity to be included and heard. It gives tips on march routes and protest planning, and on how to capture the attention of the media without being owned by it. It’s accessible, informative and without the paternalistic tone that young people are tired to death of hearing.

“It’s stuff most people who get involved in activism will figure out over several years,” explains Hinchliffe. “But you also need the right people, and to spark the right conversations. I wanted to get all the things I wish I knew and I learnt through luck, or trying things and doing it the wrong way, and compiling that all together in a guide so that people don’t have to make those mistakes.”

She herself is staggered by the change in herself over a short period of time. Which, of course, she can’t quite put down to her sudden rise to ‘C-list’ fame. Who doesn’t undergo shuddering identity upheavals between the ages of 15 and 17? Still, she tells me of how when she read the earlier chapters of the Lead the Way manuscript about a year on, she baulked.

“I was like, ‘I disagree with a lot of this!’” she laughs. “It was weird, seeing my growth as an activist.”

It’s not a journey she has taken alone. Her position as a leader, as well as the ideas in the book itself, have been shaped through ongoing conversations with friends, fellow activists and peers, and fine-tuned under the mentorship of scholar and GetUp co-founder Amanda Tattersall. She is a little less naive, now, about the speed of change.

“It takes so much time,” she says. “Everyone is just slowly chipping away. You never will get a massive win all at once – especially in the climate space. It will just be very slowly, policy shifts a little, or someone makes a statement, or there’s more pressure in this area. And it’s not just school strikers involved. It’s every other advocacy group. It can feel like what you’re doing in the moment is meaningless, until you look at it through that broader lens.”

Far from stricken by climate grief or fatigue (a theme of Jonica Newby’s recent book), she is even more galvanised than she was when she began. She’s never put pause on her activism work, working on the Stop Adani campaign as well, and has no plans of giving up the fight. After graduating this year, she’s planning a gap year to process things a bit – but after that, she can’t wait to go to university and discover more like-minded people who want to make a difference.

Still today, she feels the echoes of the pulsating joy, anger and collective willpower that took over the heart of Sydney for just a moment in 2019.

“When I walk through Martin Place today, it feels empty, it feels like something is missing. That was such an incredible and intense and powerful moment, it feels weird that it was only there for two hours. These tiny little moments spark so much change.”

Lead the Way by Jean Hinchliffe was published by Pantera Press in March 2021.

The top 2019 titles for pre-teen and teen readers.