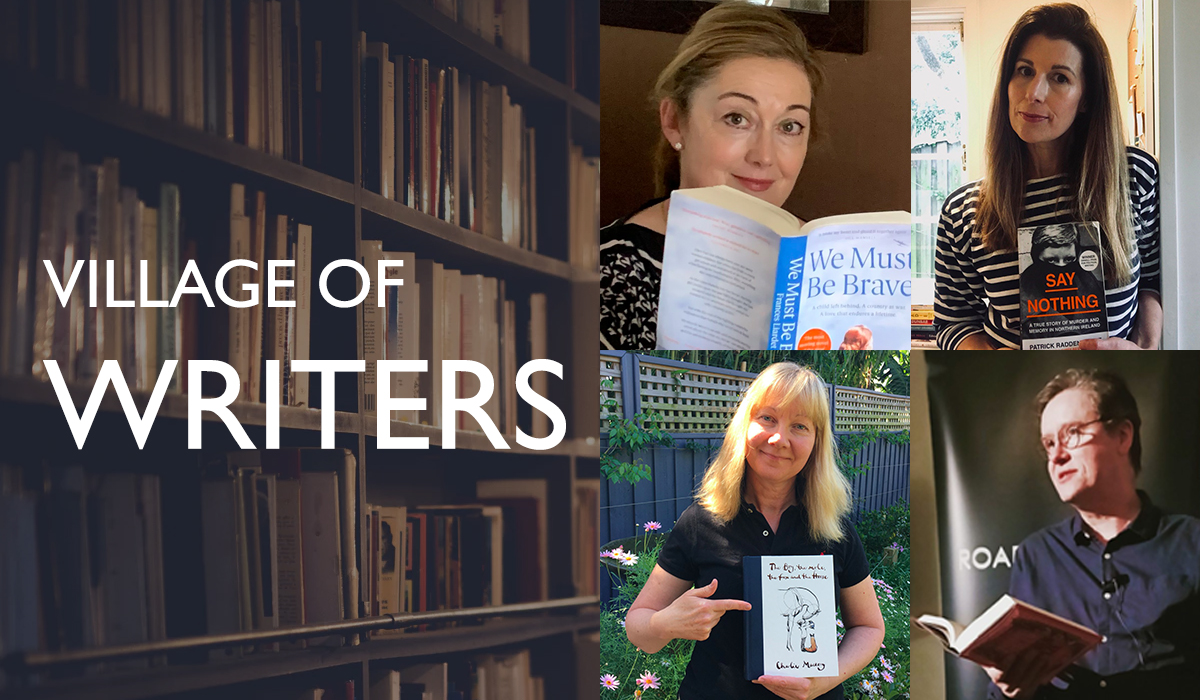 In amongst the magpie warbles, the sound of Herman the mailman rapping on doors, and the gentle lapping of the sea against the ferry wharves, there is a tell-tale plinking of keys and scratching of pens happening in around the peninsula. In this secluded corner of the world, there are storymakers at work, unspooling their worlds.

You may have seen a few of them walking down Darling St (one is known for doing so with his nose in a book). You will likely have seen their names on the spines of Roaring Stories books.

We reached out to a few of Balmain’s resident authors and asked them what book they have enjoyed reading the most this year.

During COVID lockdown, I picked up a couple of classics. I’ve been meaning to read Middlemarch by George Eliot, the pseudonym of Mary Anne Evans, for decades. Like all great books, it has a great many themes, but it’s primarily a harrowing tale of shame and redemption. The characters are drawn with tremendous precision, and the climax – a conversation between two women – is thrilling and moving.

The Master and Margarita by Mikhail Bulgakov is a delirious novel written during the Stalinist terror. It’s one of the funniest books I’ve ever read. The devil himself comes to Moscow with his henchmen: an assassin, a choirmaster and a large black cat, and they create mayhem together. The tale is intertwined with the story of the crucifixion, told from the perspective of Pontius Pilate.

Richard Fidler is an author and renowned ABC broadcaster. His recent books include Sagaland and The Golden Maze. Watch our author event with him here.

It’s hard to choose one particular read as there have been so many great new releases this year, both fiction and non-fiction, but a particular favourite is Frances Liradet’s We Must Be Brave. The reason for this – apart from being set during the Second World War; an era that I’m drawn to – is that there are such deep connections between the characters. The bond that develops between Ellen and the child Pamela, who Ellen finds and takes in, is so strong, as are the friendships between many other memorable characters. They each learn to deal with love and loss with varying degrees of support from each other and reveal how it takes courage to love, and that while things don’t always work out the way we want, it’s worth taking the risk. The novel may have resonated with me this year more than another year because of lockdown and feeling disconnected from family and friends overseas, which only serves as a reminder of how important books really can be.

Caroline Beecham is a writer of historical fiction. Her works include Maggie’s Kitchen, Eleanour’s Secret and most recently, Finding Eadie. Read her article for Roaring Stories.

I have always turned to fiction when I need respite from everyday life. And this year, of course, the desire to be transported to another time and place for some hours at the end of the day has been particularly keen. But I am one of the writers who can’t read fiction while they’re in the thick of producing it (our reasons ranging from busman’s holiday to fear of accidental imitation to paralysing professional jealousy etc) so I had to save the amazing novels 2020 has given us for after I finished Sorrow and Bliss. That meant having to find my escape in non-fiction, which seemed unlikely. And yet, the real lives of other people turned out to be the best way to take me out of my own.

War Doctor by David Nott and The Spy and the Traitor by Ben McIntyre were both utterly absorbing, but the non-fiction title I’ve pressed into the hands of everyone I know since I read it is Say Nothing by Patrick Radden Keefe, about Northern Ireland during the Troubles. It’s an astonishing work of scholarship but grippingly told, through the life of a single mother of nine who was disappeared by the IRA – a life so unbelievable at times, it could just as well have been fiction.

Meg Mason is a writer and novelist. Her latest work of fiction is Sorrow and Bliss, published September 2020. Read a review of the book in the Guardian.

The best book I’ve read this year is The Boy, the Mole, the Fox and the Horse by Charlie Mackesy. This magical book for all ages filled me with joy in these difficult times. The beauty is not just in the mesmerizing illustrations but in the sentiments. The book explores friendship and love and inclusiveness in the most touching way. It brings to the world a peacefulness rarely found these days. I long to be part of their world and join the boy and his three animal companions as they ponder the world around them.

L.A. Larkin is a specialist in crime fiction. Her books include Prey, Devour and The Genesis Flaw. Read our interview with her here.