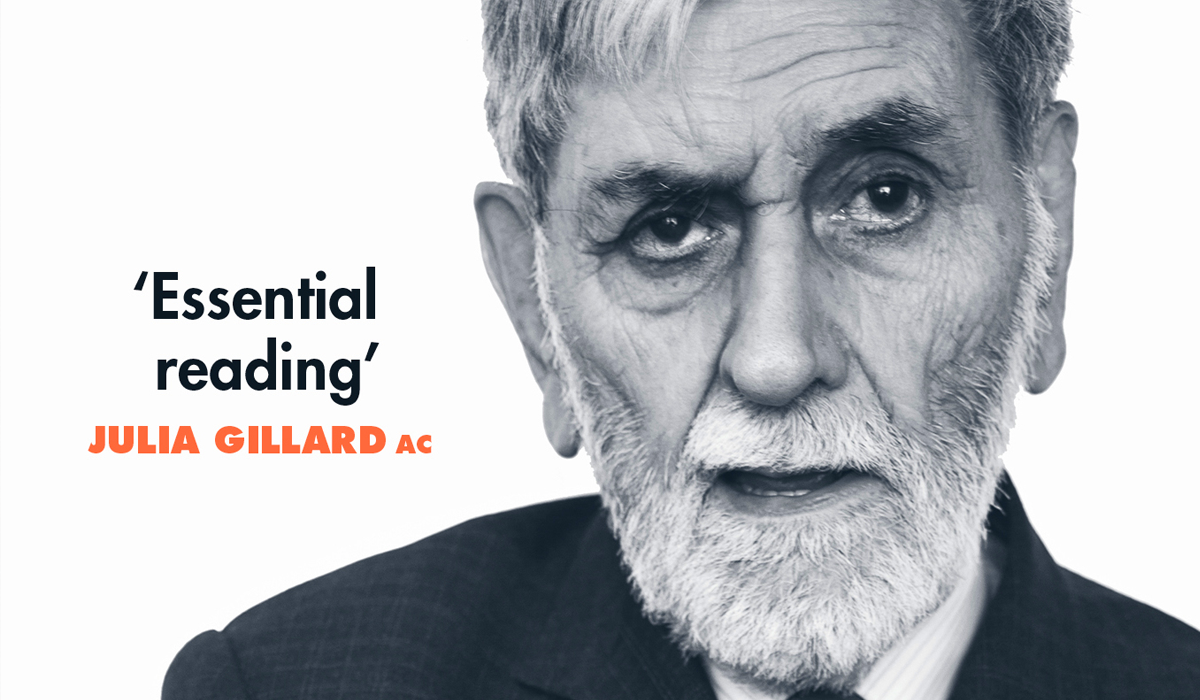 Barry Jones is no spring chicken. While the former Labor politician and certified Living National Treasure is still sharp of mind (and often sharp of tongue), a tireless intellectual maverick and agitator against complacency, the octogenarian did wonder whether it was worth his while to write What Is To Be Done. Billed as a sequel to his 1982 bestseller, Sleepers, Wake! – which forecast the disruptions and opportunities of the information revolution – the book was no simple revision of this policy-shaping work. It required, says Jones, “a complete rethinking”. The world has moved at a cantering clip in the four decades since the original edition came out, and the threats we now confront – against liberal democracy and the sustainability of the planet – have mutated and amassed in unexpected, disturbing ways.

“It was a serious undertaking,” he tells me over the phone. “I had to reflect whether I was really up to it: prepared to devote what was going to be a fair slab of my last years to writing something new.”

In the end, it was the thought of his six-year-old grandchild that persuaded him to take up the pen. “I’m increasingly preoccupied,” he says. “He will live on well into the twenty-second century. I think every day, almost every hour: What kind of world are we going to leave him?”

Jones tackles a wide array of exigencies in What Is To Be Done. He looks at the decay of public discourse, largely a product of the internet, and how it has engendered warring ideological tribes among both the citizenry and on parliamentary floors. He spends many pages reflecting on the phenomenon of Trump, and how his garbled, repetitive, glibly contradictory and factually demented style of speech has not only been the mouthpiece of the ‘free world’ for the last four years, but can be heard as echoes elsewhere – including in Scott Morrison’s press briefings. He castigates Australia’s treatment of First People’s and refugees, rails against the scorn the government shows the Humanities, and writes on how ethical leadership has been replaced by “retail politics”, where the question of ‘Is it right?’ has been replaced by ‘Will it sell?’

There is much to trouble the mind, and Jones’ own is considerable.

It is the scourge of climate change, however, that gives Jones most concern for the future of humanity. Australia’s longest-serving Science Minister under Bob Hawke, and on the Executive Board for UNESCO in the nineties, Jones positions himself as one of the “first Australian politicians to address the issue [of climate change]”. He is dismayed at the continuing bipartisan lack of action on the issue. The Liberals are divided, and the Nationals are in the pocket of Big Industry, he says. Labor sits on its hands, and the Senate is less concerned about greenhouse gases today than it was in the eighties.

Australia has the capacity and moral obligation for leadership on this issue, Jones says. But instead, our revolving door governments have squandered this opportunity, dallied and acted in denial – even as our increasingly catastrophic bushfire seasons destroy human lives, homes and futures.

“The situation might be too late. It’s an appalling prospect if we get it wrong.”

The one thing that could possibly save us, he argues, is for people to realise their power as citizens, deploy their learned experience, and come together to put pressure on the parties to meaningfully address the issues that concern them most.

“You have people with absolutely profound knowledge,” says Jones. “But what they tend to be doing is wringing their hands saying ‘It’s all terrible, but what can i do about it’?”

“We have a very good democratic structure. But the overwhelming majority of people opt out of being directly involved. We have 15 million voters in Australia. I think a reasonable figure for what people might describe as being politically active within all of the parties is about 30,000.

Evidence shows the majority do want action on the issue of climate, too. A survey from October shows that 74% of Australians are concerned about climate change, and 80% believe we are already experiencing the impacts. You would think this would translate into political will. But it hasn’t. A Climate Transparency report published this month reveals just how poorly we are doing against other developed nations. Our emissions per capita are three times the G20 average, we are only one of two countries without a carbon price scheme, and we are the worst ranked when it comes cutting transport-related emissions. Australia is decidedly “not on track”.

Jones, a proud autodidact whose lifetime of work has made him a Companion of the Order of Australia, is a rather notorious advocate for proactive communities. Following the disastrous science budget of 1985, then Science Minister Jones accused the science community for “wimpish behaviour”, saying that their feeble lobbying efforts failed to give him sufficient muscle to convince the cabinet to invest more. FASTS – a science advocacy group which exists today as the CSIRO Staff Association – was formed as a direct response to this accusation.

As Jones writes in the book: “we cannot be part-time humans.”

“It is essential that we not fall into despair, and retreat to the caves. But citizens have to be informed, and then challenge and speak truth to power. It will not be easy. It will be exhausting. It will not be comfortable. We will probably lose some friends.

What Is To Be Done by Barry Jones was published in November 2020 by Scribe Publications.