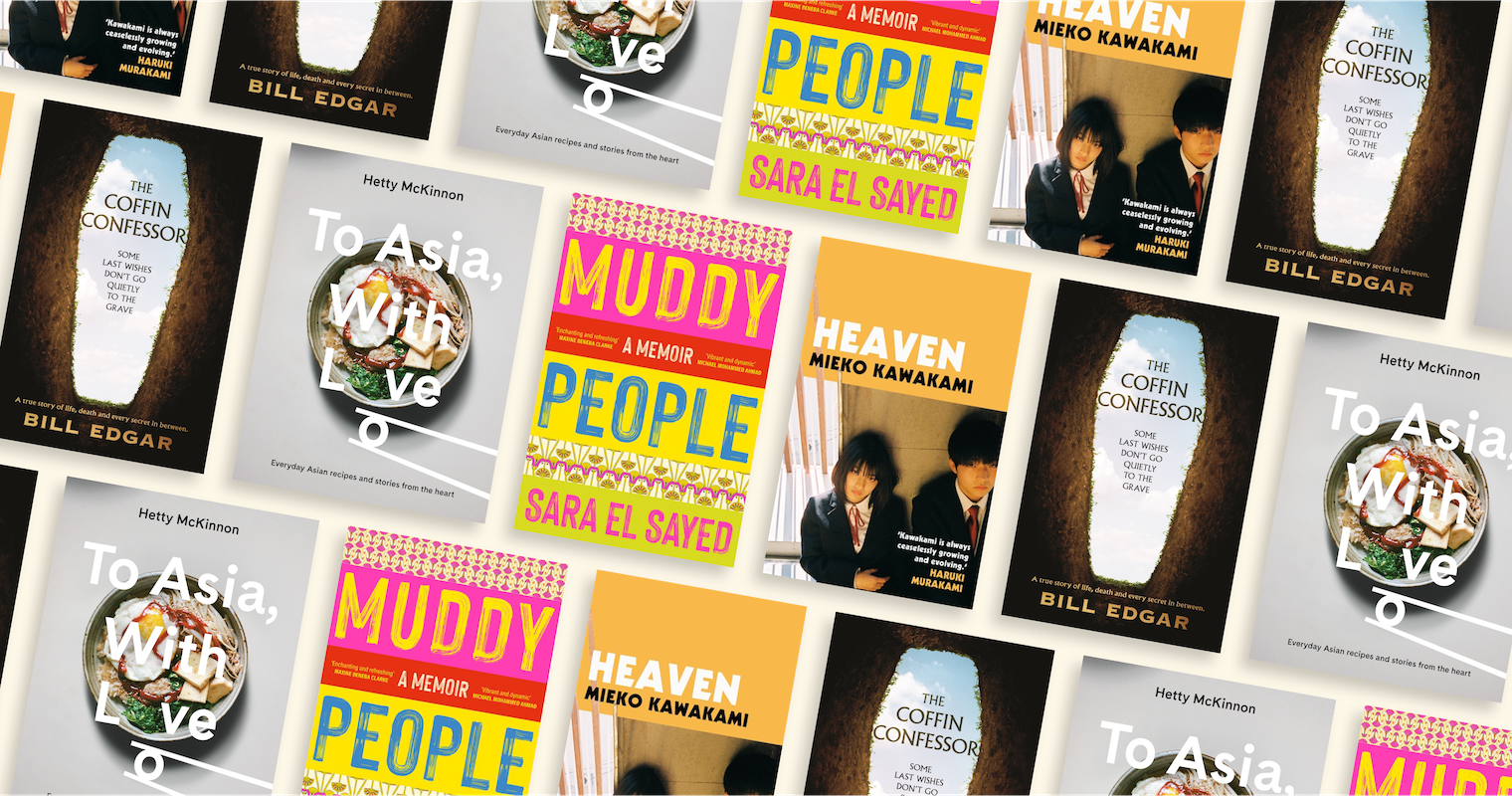 From mouthwatering cauliflower recipes for hearty winter meals, to a new “quick yet devastating” novel by the author of Breast and Eggs, to a debut memoir about growing up in a migrant Egyptian Australian family. Here’s what our Balmain bookshop staff are reading this month.

This month I have been largely catching up on some older books. Having read Bron’s review of Ishiguro’s Klara and the Sun, I decided to read this and his earlier book Never Let Me Go. Both had similar eerily disconcerting themes and questions about humanity and self and I would definitely recommend both of them if you haven’t read them already!

However, when I spotted that Mieko Kawakami’s new, translated book Heaven had arrived on our shelves, this was rushed to the top of my list. Kawakami’s Breasts and Eggs came out in English last year and was one of my top picks for 2020. Heaven felt quite different to Breasts and Eggs, however it was still an interesting, if very depressing, read. It’s told from the perspective of a 14-year-old boy, who is relentlessly tormented for having a lazy eye. The unnamed narrator suffers in silence, accepting the bullying as part of his everyday life. Kojima, a female classmate bullied for her poor hygiene and appearance, understands what he is going through. The pair secretly write each other letters, forming a tentative friendship. The friendship offers an almost euphoric glimpse into a happier existence for the pair; though this is quickly dashed by the ever-increasing torment that the narrator is subject to.

Heaven is a short, simple and beautiful exploration into this world of torment, silence and fear. Kawakami further offers a glimpse into different cultural perspectives about school, honour and family in Japan. I would recommend this book to any big fans of Kawakami’s other works, those who are interested in Japanese literature, as well as anyone after a quick yet devastating read.

Bron is reading…
About delicious cauliflowers

I haven’t been reading as much during July, but I have been cooking!

Lately I’ve been getting into whole baked cauliflower thanks to Ottolenghi and Hetty McKinnon. My family has gone from being cauliflower reluctant to cauliflower fanatics!

These recipes are great for cold winter nights – they warm up your house and your tummy.

In SIMPLE, Ottolenghi’s whole roasted cauliflower is baked for about two hours to release its wonderful flavours. Topped with the very delicious Green Tahini Sauce, this was an instant family hit.

McKinnon’s To Asia, With Love features a truly magnificent, Whole Roasted Gochujang Cauliflower with Smashed Roasted Butter Beans that has become my personal favourite with its glorious crunchy base. Next up will be Shannon Martinez from Vegan with Bite, and her very tempting Whole Roasted Tandoori Cauliflower. And for when you need a truly heart-warming, satisfying dish, I cannot recommend highly enough Ottolenghi SIMPLE’s Mustardy Cauliflower Cheese. It’s a meal on its own or a perfect accompaniment with your favourite meat dish.

Kate is reading…
Two memoirs and the 2006 Man Booker winner

Along with The Mother Wound by Amani Haydar and Coming of Age in the War on Terror by Randa Abdel-Fattah, Sara El Sayed’s Muddy People was one of the books Michael Mohammed Ahmad put forward as “required reading for all Australians” in my interview with him last month. A memoir about growing up Egyptian Muslim in Australia, and a tender if unsparing portrait of her separated father and mother, it is a personal account of the kinds of dissonance, self-determination, pride and shame that non-Anglo migrants can experience, and the different approaches to participating in a society (or refusing to) that will seemingly always, in some way, designate them ‘Other’. Warm, heartbreaking and beautifully distilled, this is a debut book from an incredible young writer.

Before this, I read another memoir which told a very different life story. Abused, neglected and manipulated by all the institutions and guardians that were supposed to keep him safe, Bill Edgar’s early life was one of homelessness, criminality and scarifying trauma. He survived it all, thanks in large part to his now wife, and today holds the singular job title of the Coffin Confessor – delivering the last wishes of the departed from beyond the grave. It’s a real, self-made career that he came into by chance when a dying mate asked him to interrupt his funeral and right a wrong that he himself couldn’t. Interleaving accounts of his clients over the years – a gay biker, a lonely prostitute, a loving mother with a scheming brood – Edgar shares his own heartbreaking story. I read the book in a single night, and got the chance to interview him the following week for Roaring Stories – you can read it here.

I also picked up a book that had been loitering about my periphery of interest for about a year. I don’t quite know how it got in my home. Or why I decided: now is the hour by which your mysteries will be known. By Kiran Desai, The Inheritance of Loss plucked me out of my lockdown doldrums and rushed me into a fecund, comical and devastating story of family and community, set primarily at the Indian border to Nepal in the eighties, at the first violent rumblings of the Gorkha uprising. With nimble wit, vivid imagery and a deep appreciation for the strange relation the absurd can perform between grief and glee, this book is about the irreparable and ongoing humiliations of colonisation, which globalisation has far from solved. We see it in the heartbreak of the orphan Sai, the overrated and fast-disabusing dream of the emigrant’s hero passage to the west, the theft of a dog, the white powder on the face of the retired judge – born into poverty in India, educated in Britain. Desai’s prose is thrilling, spry and evocative – after one page I fell in love. For a review that does true justice to the book, Pankaj Mishra wrote about it for the New York Times.

What We’re Reading in April

From a book about deaf identity, to a memoir about a young man in the aftermath of trauma.