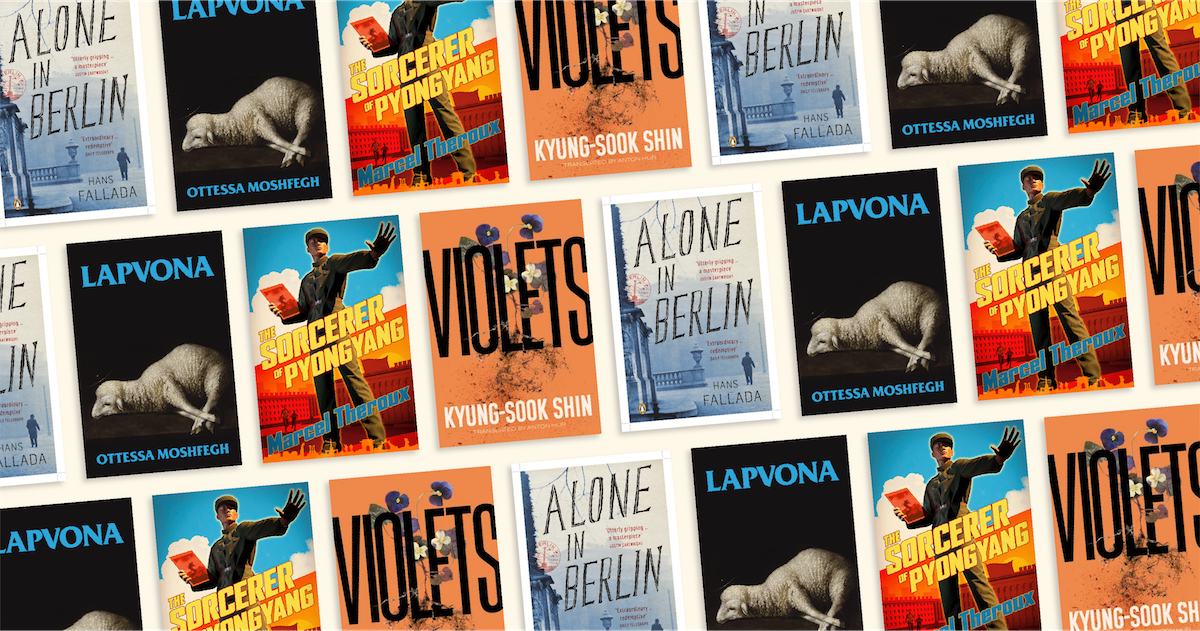 Stella is reading…
A brilliant but grisly fiction

Having never read any of Ottessa Moshfegh’s work before, I was really keen to give her latest a go with no idea what to expect. From what I’ve heard, Moshfegh seems to relish the opportunity to shock her readers with ruinous protagonists and gruesome imagery, and in Lapvona she has most definitely succeeded. She has a unique talent for representing the bowels of human nature, adding a dash of satire to a swirling tale of gore and corruption. The book follows a year in the titular mediaeval town of Lapvona, controlled by the fickle and spoiled Lord Villiam whose deceptions lead to the townsfolk being subject to everything from bandit attacks to drought and famine. Moshfegh explores the town’s descent into depravity through a cast of bizarre characters and their perceptions of faith, power, and humility. Definitely not for the faint of heart! But if you can handle a harsh spotlight on all things grotesque (spoiler alert: cannibalism, poisoning, faecal matter, and more…), I found it easy to be ensnared by Moshfegh’s sharp and visceral writing. It reads like a grisly old fable with the volume cranked all the way up, I’ll definitely be looking into her previous novels.

As a change of pace, however, I’ve just started reading Violets by Kyung-Sook Shin. I’m really enjoying it so far, and thankful for how vastly different it is. I enjoyed the wildness of Moshfegh’s cruel Lapvona, but I’m excited by the setting of a South Korean flower shop for a bit of variety!

Hans Fallada. That name, which I glanced at then rubber necked, was on the New Release Fiction shelf at Roaring Stories, on a book called Lilly and Her Slave. How did I know the name Hans Fallada? Well (reader, I have a very bad memory for names), it was because I had only just finished a book by the man. It was called Alone in Berlin (but is otherwise titled Every Man Dies Alone), and is by one of the first novels written by a German author about the Nazis following World War Two. Written over the space of two months in the year of Fallada’s death, it is inspired by the ultimately futile acts of resistance by a husband and wife, who for years secretly wrote and stealthily distributed postcards critiquing the regime around Berlin. Should we despair at these two, Fallada asks, see them as symbols of hopelessness? Or do they in fact inspire hope and admiration, for having made a moral choice and acted upon it – despite the consequences? Fallada died just two years after the war ended (I highly recommend visiting his Wikipedia page, his own personal narrative is extraordinary). Lilly and Her Slave contains new stories by the author recently discovered, which were written while he was in prison. I’m quite tempted to buy it, given how I raced through the 600 pages of Alone in Berlin.

Another novel which I polished off surprisingly fast: The Sorcerer of Pyongyang by Marcel Theroux, which Roaring Stories bookseller Bronwyn placed in my hands. It’s also set in a totalitarian regime, albeit one which still endures, and is also inspired by the lives of those who find ways to act and think outside of a dictatorship’s ideology. The form of defiance here, however, is both subtle and spectacular. It begins when a young North Korean boy called Jun-Su finds (by virtue of a visiting diplomat’s forgetful son) a manual to the role-playing game Dungeons & Dragons. While not exactly American propaganda, the infinitely expansive magic of possibility of the game sows in Jun-Su the imaginative power to think otherwise. His transformation is no means immediate, or total (even while in a detention camp, he loves the Dear Leader) – but it has a vital and cumulative effect. It’s not clear how much the novel cleaves to real life (there are some bits in the first person which read as though Theroux is recounting actual events, which puzzled me) – I’m waiting for an feature interview or podcast with the author to illuminate this. Either way, it’s a page-turner of a story about good and bad people living their ‘normal’ in what most global citizens see as a very insular, bizarre and mysterious place.

Next up for me: German director Werner Herzog’s first novel, The Twilight World.