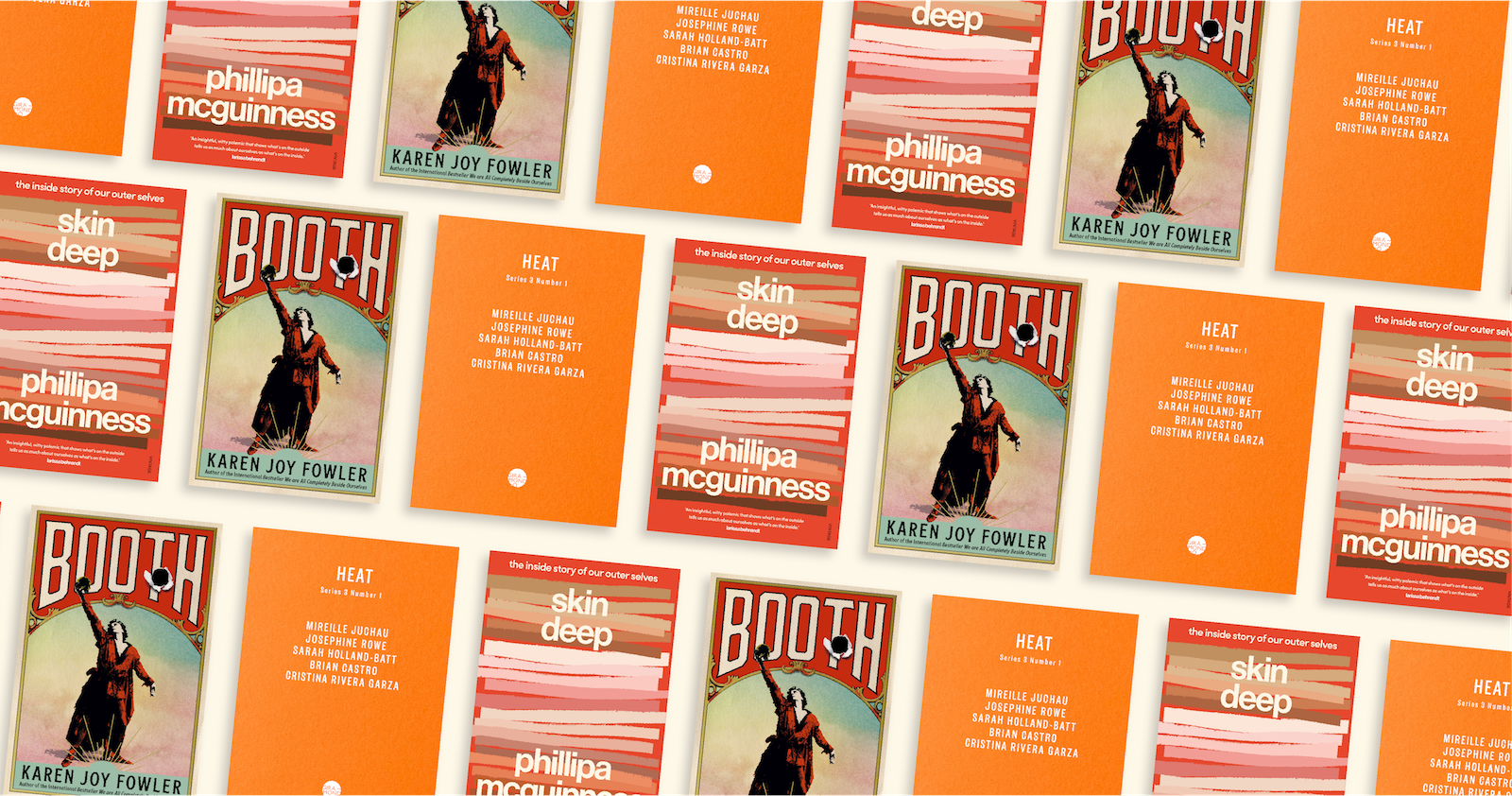 What We’re Reading in March

From a novel that imagines the American stage actor’s assassination of Abraham Lincoln, to a fascinating book about our most visible organ, to a prestigious literary magazine, back after a ten-year slumber: here’s what our Roaring Stories staff are reading this month.

April is reading…
Booth by by Karen Joy Fowler

I was keen to get my hands on a copy of Booth as the author’s previous work, We Are All Completely Beside Ourselves, is one of my favourite books (I still regularly recommend it almost 10 years after it was first published).

Booth centres around a real family and events, the family of actor John Wilkes Booth who assassinated Abraham Lincoln in 1865. The Booths were a bohemian family made up primarily of Shakespearean actors so it’s fascinating to see how one of the children ended up with such opposing views to his progressive parents and siblings.

The book isn’t focused solely on John Booth however, it’s just as much about the rest of his family as the existing political divides that lead to a civil war. There’s no doubt it’s an interesting time in history but what I’m really enjoying so far is the inner lives of the Booths. Their failings and struggles are so often sad but thankfully there are moments of dark humour too.

It’s a different book to her previous one but the writing is just as accomplished. I’m really looking forward to reading the second half. Definitely one for fans of historical fiction.

Kate is reading…
The new HEAT and a book on skin

The final embers of HEAT magazine – Giramondo Publishing’s literary print journal – heroically burnt to ashes in 2011. A decade ago: it was around the time when I was first discovering what literature even meant; what writing could be, and all the stupendous ways it could reconfigure how I thought and felt about and felt with the world. This year, now that many have quietly rescinded their doomy omenising that ‘print is dead’, HEAT journal has made a triumphant return. (Disclaimer here: I do work for Giramondo. But my enthuse is genuine!)

It’s a small phoenix that has risen from the ashes – with only five contributors per issue, and a slender design – but still carries its distinguished splendour. In the first issue (marked by a radiant orange cover), there is fiction, an essay and a series of poems, all exquisitely written by names you will likely recognise (all listed proudly on the cover). The two fiction pieces by Josephine Rowe and Mexican writer Cristina Rivera Garza have left a nuclear shadow on my mind after reading, an eerie and awesome impression that deepens over time. Both are unsettling – Rowe’s a story of a family living in the days after an unnamed and catastrophic event; Garza’s a shocking unfinished story about an unknown serial castrator of men, and the female poets who become suspect and assistant in the investigation. On the whole though, the issue is almost miraculously beyond fault. I know this will be writing I will return to, when I need reminding what good writing is. It’s very exciting knowing there’s more of this to come.

Quite a different book is another current read: a book on skin called Skin Deep. Written by the former book publisher Phillipa McGuinness, I am morbidly obsessed with this insightful, well-researched and considered book on that most visible organ that envelopes us mammals. Part of this is because (I have come to realise) I am increasingly obsessed with my own skin as I age and my vanity is challenged. I’m considering dermal injections for my emerging eye wrinkles. I’ve thought about booking a hypnotherapist to stop myself picking at the skin around my fingernails (a bad habit I’ve had since teenage-hood). Last year I artificially (and uncomfortably, in post-surgery) stretched the skin around my chest to make room for breast implants. The chapter on autoimmune skin diseases was also one I read avidly. My boyfriend happened to get psoriasis just when we started dating – very unfortunate timing in some ways, but very fortunate in that was diagnoised right around the time the ‘miracle treatment’ of biologic injections became available to him (considered by some dermatologists to be the biggest breakthrough in decades, and meaning that my man is blessedly flaky no more). Skin is our multilayered, vulnerable, porous interface with the world, and it’s also – as McGuinness spends a substantial and important part of the book reflecting on – inextricably linked to racism and colourism. It’s a fascinating read, and a very accessible one too. And, after finishing its chapter on skin cancers, it has reminded me that it has been too long since I have had a mole check…

Next on my to-read list: the International Booker Prize longlisted Happy Stories, Mostly; Son of Sin by Omar Sakr and Elizabeth Finch by Julian Barnes, coming out in April.